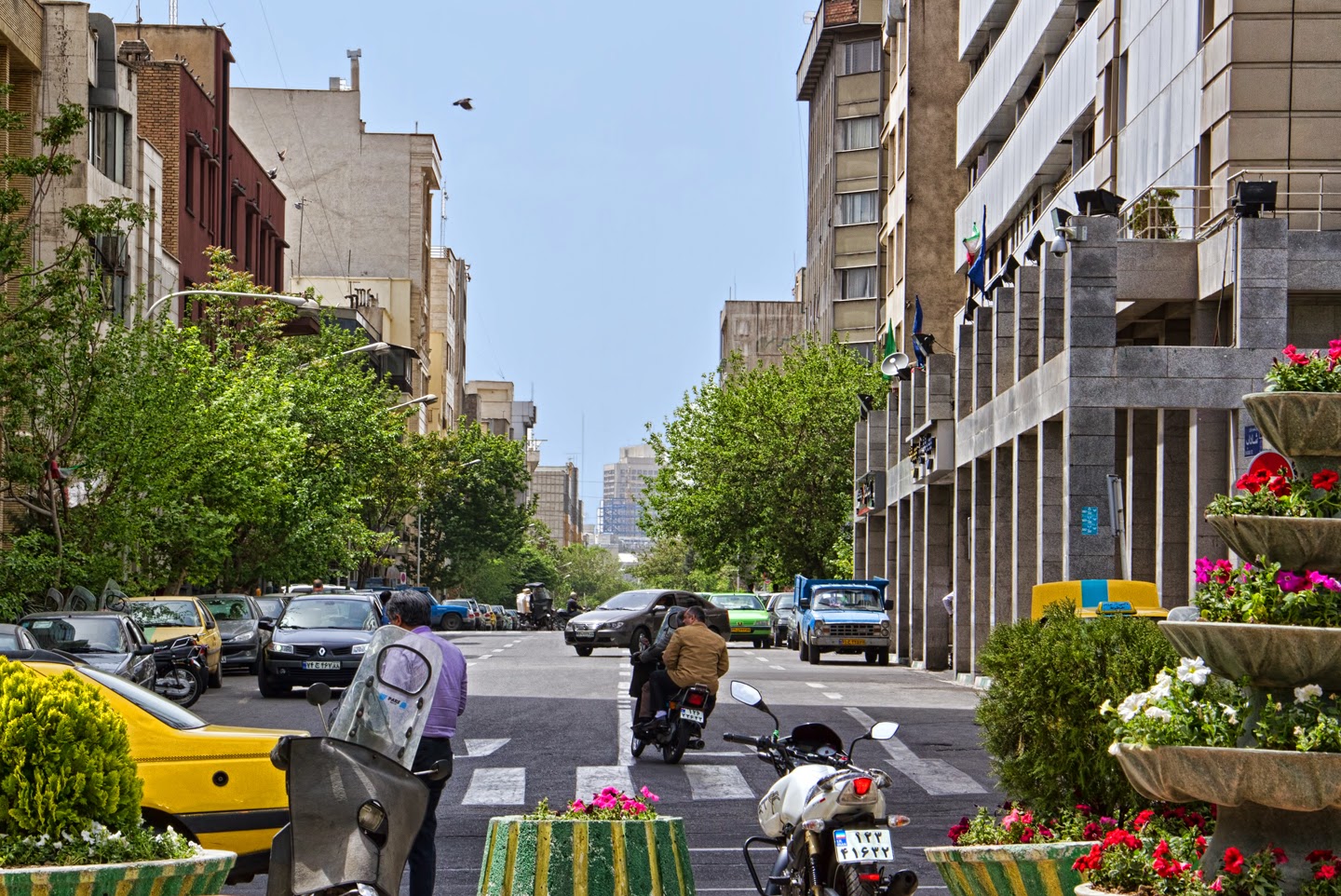 Like most big cities, it very much depends where you are. The southern part of the city is grittier, the effects of a bad economy and years of sanctions more obvious. The northern part of the city, which stretches up into the lower slopes of the mountains, is much wealthier. There are hilly streets of modern apartment buildings that look like they could be in San Francisco or Seattle.

I took this picture, from the Ferdows Garden, just because the street is so nondescript, so far from what I expected. Except for the license plates in Farsi, this could be almost anywhere in the world.
Posted by Kathleen at 7:15 PM