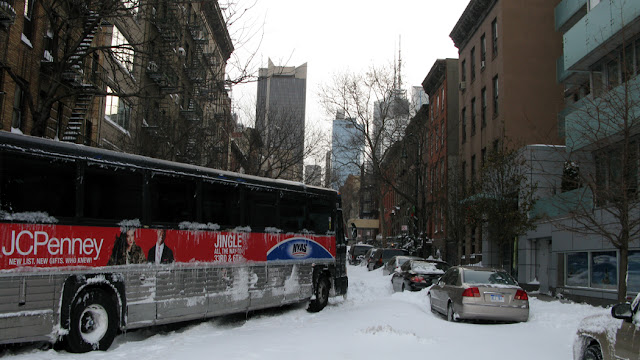 A stranded bus blocking a side street yesterday. Here's hoping the streets are a little easier to navigate today.

Posted by Kathleen at 8:39 AM No comments: 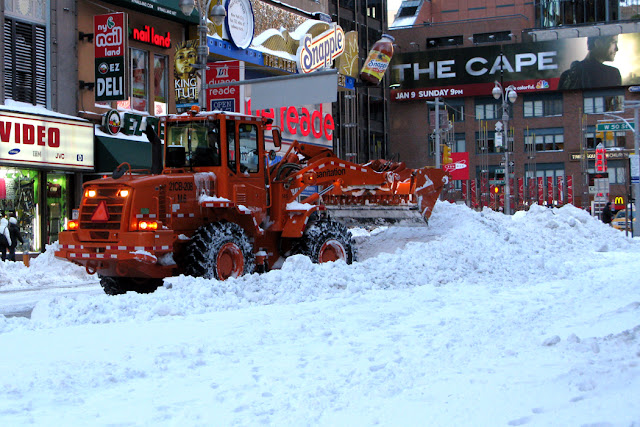 A snowplow on Broadway.

We didn't have a white Christmas in New York, but the day after more than made up for it with twenty inches of snow, gale winds, thunder, lightning. This morning the streets were barely plowed, and the sidewalks were knee deep in snow.  After three blocks that felt more like three miles, I was ready to give up and go home, but a car service driver stopped and offered me a ride to the office for twenty dollars. Which I accepted.

Welcome to the working week.

And so this is Christmas (Travel Flashback) 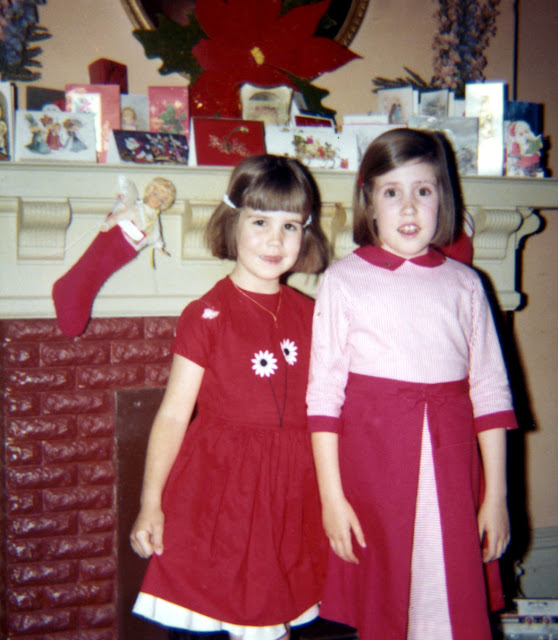 It's not quite up to submission to the Awkward Family Photos site, but here's an embarrassing enough Christmas shot from sometime in the sixties. Typically, my sister plays to the camera and looks adorable. I just look dazed. This might have been the year I had a terrible cold on Christmas. (Or maybe that's just what I'm telling myself.)

Below, another shot of Lori under the tree and, inexplicably, wearing high heels with her pajamas. I remember the doll very clearly; I think she was called Saucy Walker, though getting her to walk was more trouble than it was worth. 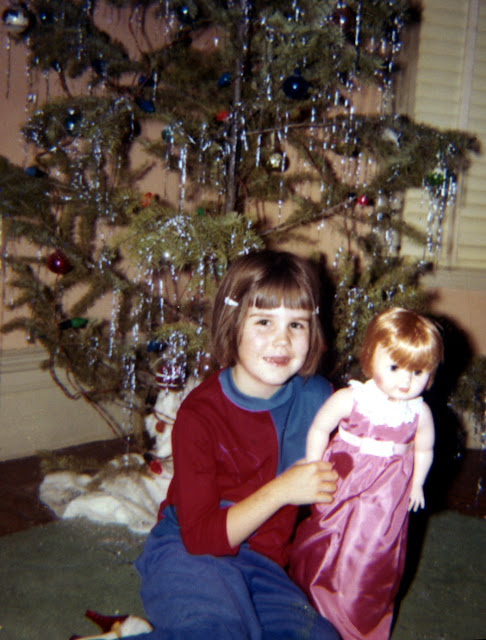 Posted by Kathleen at 1:03 PM No comments:

And so this is Christmas 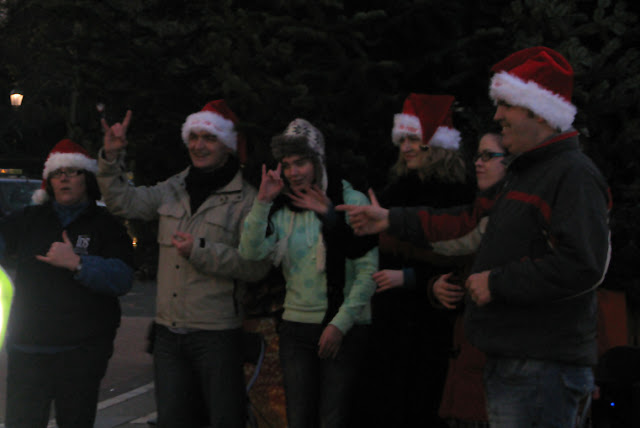 Not a great shot -- it was dark and I wasn't that close. These are members of the Irish Deaf Society caroling at the end of Grafton Street. They had John and Yoko singing Happy Xmas on a boombox and they signed the lyrics. A bit of Christmas spirit that made me smile at the time, and still makes me smile, even while I'm gritting my teeth through the umpteenth rendition of Jingle Bell Rock in my local grocery.

And so happy Christmas. And God bless us every one.

Posted by Kathleen at 8:11 PM No comments: 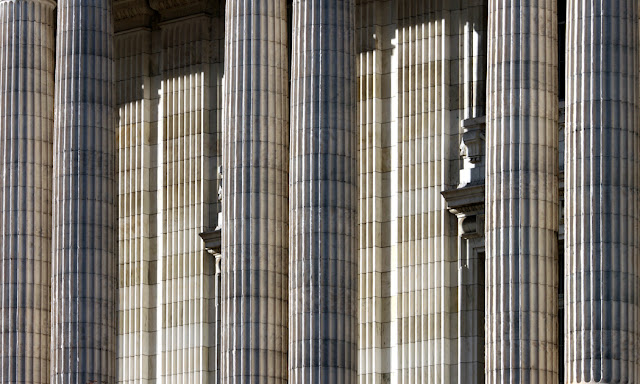 That's the Russell Senate Office building in Washington. And we'll salute Congress this working week, since they somehow managed to do something useful this past weekend and ended Don't Ask, Don't Tell, one of the stupidest compromises in American history. And that's really saying something.

Posted by Kathleen at 7:50 AM No comments: 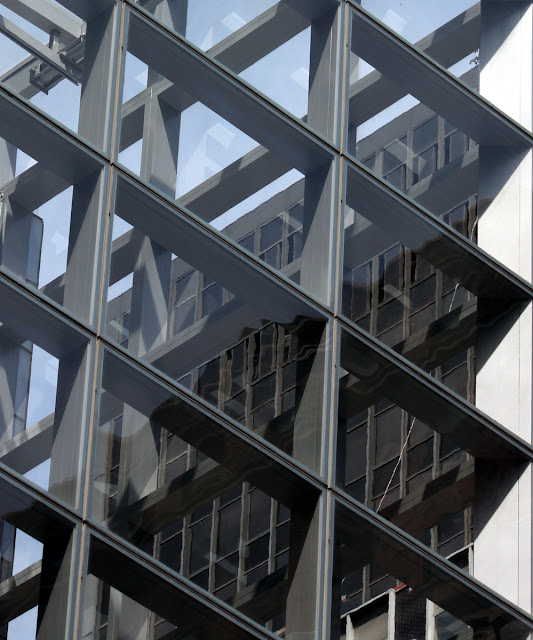 A building at 42nd and Madison, framing the building behind it.
Posted by Kathleen at 8:52 AM No comments: 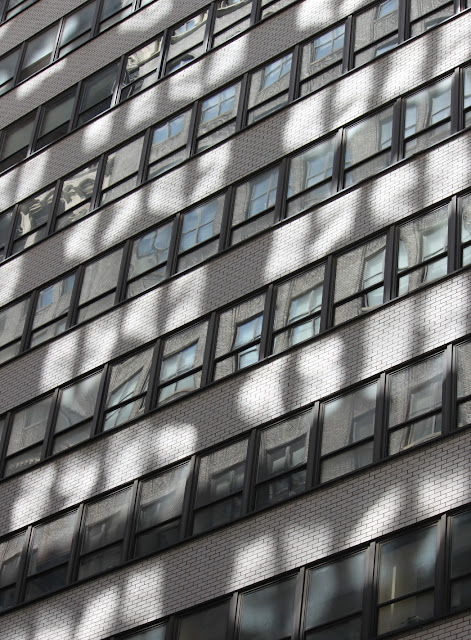 Approaching the solstice, and the last of the year's light trickles away. Here's the opposite of reflections: the reflected, the way New York's many windows create patterns of light on nearby buildings. 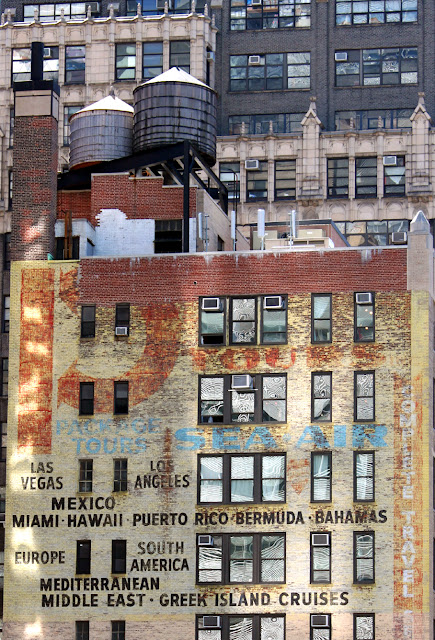 Posted by Kathleen at 2:22 PM No comments: 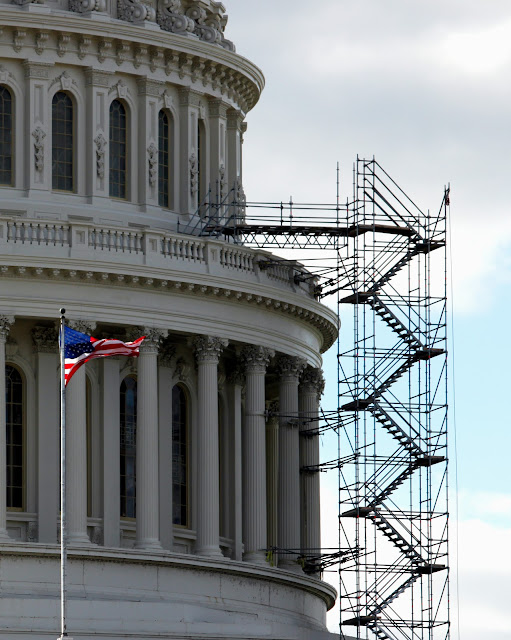 Government is a messy business. Especially this one.

I keep away from politics for the most part in this blog because there are already dozens if not hundreds of witty, insightful, indispensable bloggers focusing on the subject, and I'd rather read their work than try to compete with it. But the reaction over the past week to the tax cut deal has been fascinating, and I can't help commenting.

Nobody on the left likes the deal. They're outraged! I don't like it either. Taxes are going to have to go up in this country -- we are going to have a domino effect of state and local governments collapsing if they don't -- but the idea that millionaires should have their tax rates return to Clinton-era levels -- when if I recall correctly they were all doing just fine, thank you very much -- is political anathema.

And everyone blames the president. There is a great deal I wish that he would do differently. I wish we could have a real progressive in the White House. But we can't, not in this political climate, and I was never under the illusion that Obama was going to be any kind of saviour.

Especially given what he has to work with: a deeply dysfunctional Senate where filibusters make almost any legislation impossible, Republicans who refuse to support anything the president wants, and Democrats that for the most part have forgotten that they have spines. The expiring tax cuts should have been addressed before the election, but Democrats were too afraid of the tea party and apparently found themselves incapable of explaining the simple facts that the tax cuts add trillions of dollars to the deficit and the middle class would not have been affected.

So this is what we're left with. It isn't pretty. But I don't have much patience with the congressional Democrats who are whining about it now and threatening to derail the agreement. They knew this was coming, and if they had addressed it before the last possible minute, we might have had a better outcome.

Posted by Kathleen at 8:10 AM No comments: 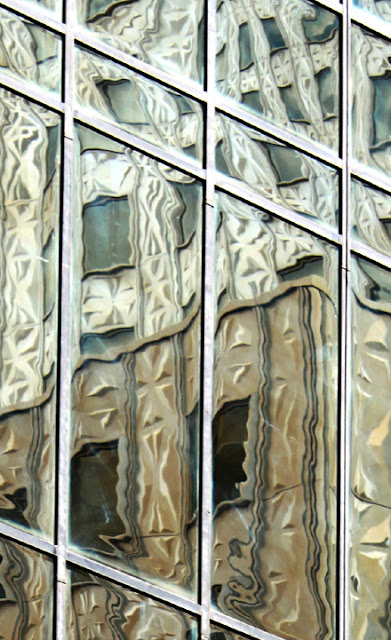 New York again, and the Grand Hyatt again, which does produce the most fun reflections. 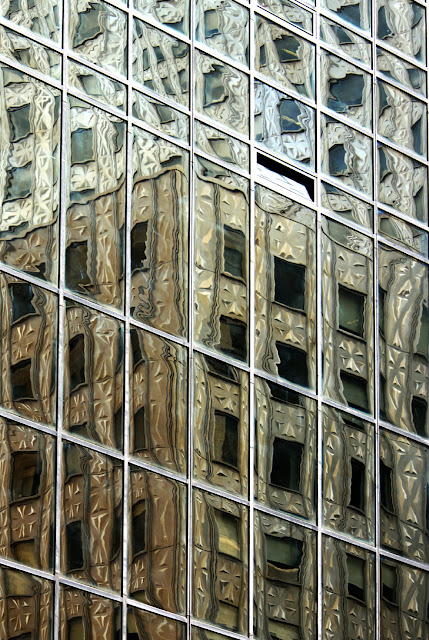 Posted by Kathleen at 8:58 PM No comments: 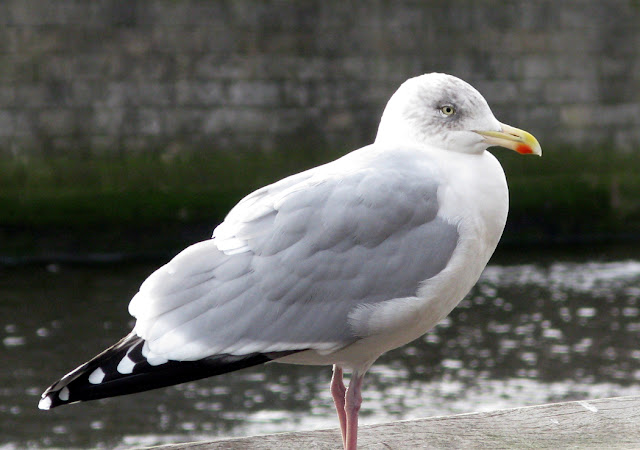 A seagull on the river quay in Dublin. Though you're never aware of the harbor in the center of the city, the flocks of sea birds are a constant reminder that Dublin is actually on the coast.
Posted by Kathleen at 8:28 AM No comments: 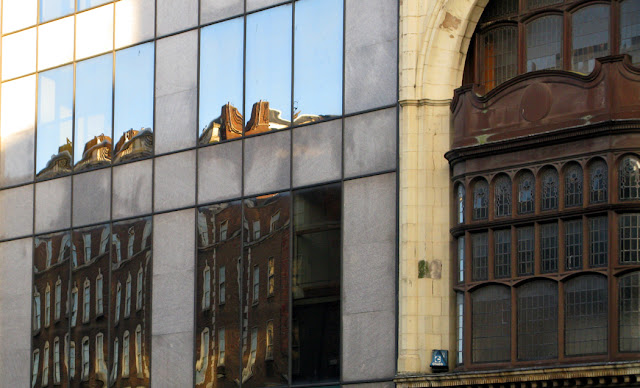 Reflections in Dublin -- this is near the Molly Malone statue on Nassau Street.
Posted by Kathleen at 10:12 AM No comments: