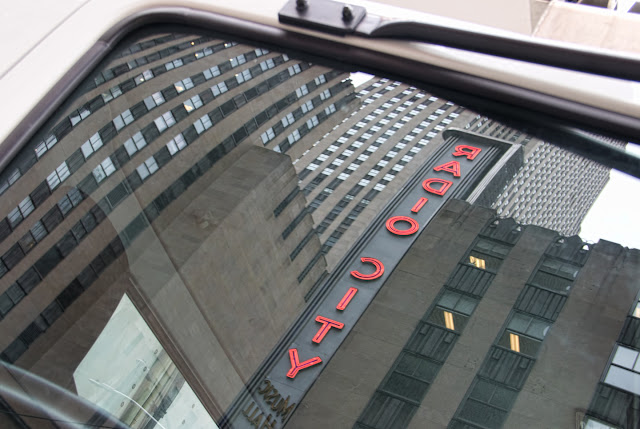 Blogging will remain sporadic for the next week or so; my job is hellacious at the moment and I have numerous personal projects with looming deadlines.

But we always have time for reflection.
Posted by Kathleen at 10:52 AM No comments: 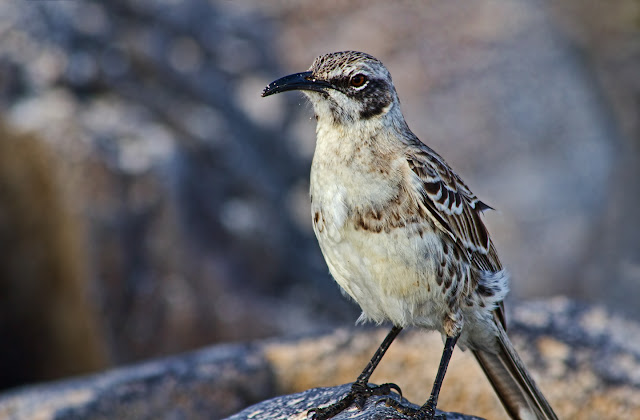 I had planned to go up to the park this morning and take pictures after the storm. Had planned, that is, back on Friday when the predicted accumulation was 5-8 inches.

But wading through the more than two feet of snow we actually got is not an attractive idea this morning. The streets are mostly plowed, but every corner has shoulder-high drifts to negotiate, and all things considered, I'd rather stay home.

So here's a flashback to warmer days -- a mockingbird from Punta Suarez in the Galapagos.
Posted by Kathleen at 11:19 AM No comments: 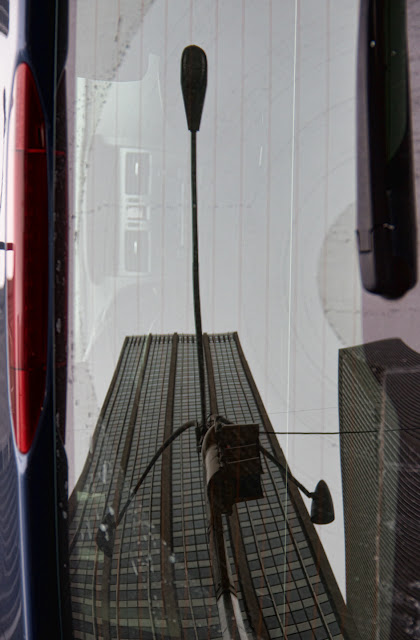 A windshield provides a unique perspective of Rockefeller Center.
Posted by Kathleen at 4:30 PM No comments: 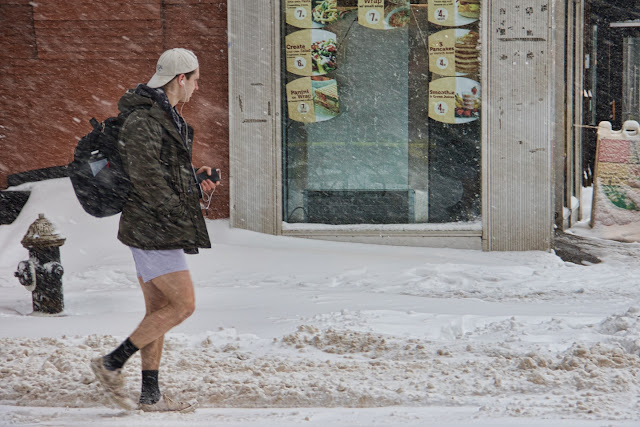 Posted by Kathleen at 2:50 PM No comments:

A change in the weather is known to be extreme 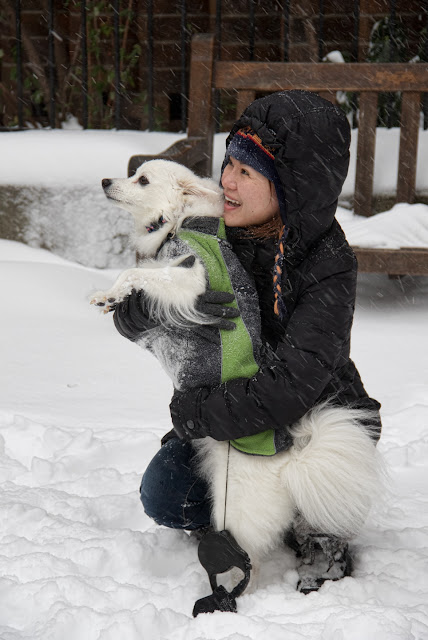 It's the first snowstorm of the winter, and it's a big one -- there's 14 inches on the ground in Central Park, and they're predicting we'll get at least another foot.

When I was making breakfast this morning I realized I'd forgotten to get coffee when I stocked up a few days ago. I could have either a second cup today, or a first cup tomorrow morning, or I could pull on the layers and go up the block to Starbucks before the serious wind and snow kicked in and have both.

And since I was already out it seemed ridiculous to face a nor'easter without an adequate supply of chocolate, so I stopped at the supermarket as well. Now I'm hunkered down, warm, dry and well-provisioned, watching sheets of white streamers blow past the windows. 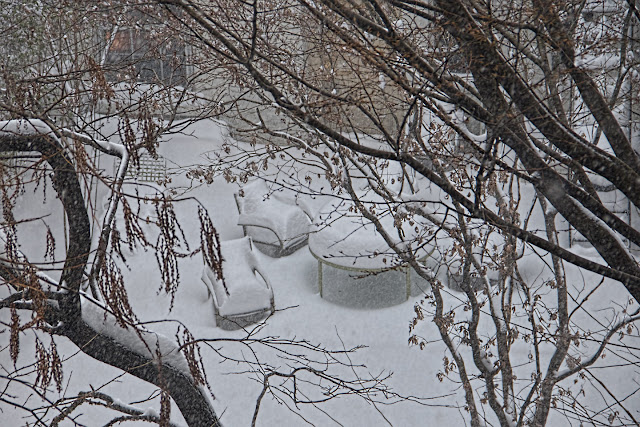 Posted by Kathleen at 2:41 PM No comments: 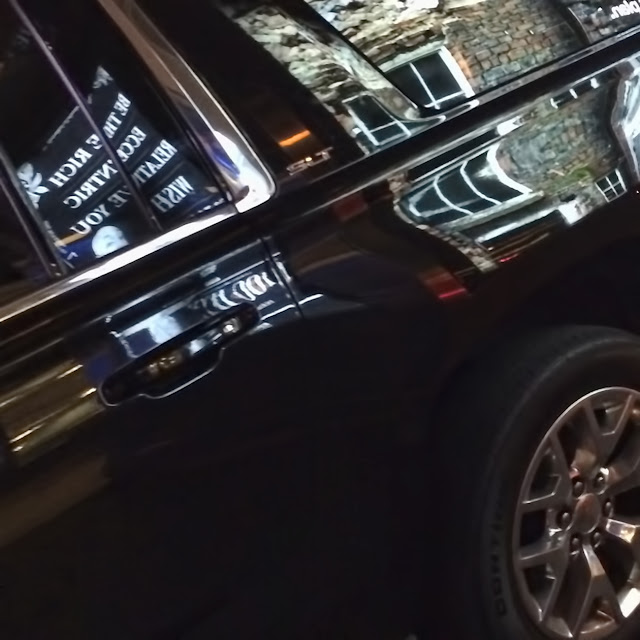 A new entry in the Instagrammical car series.
Posted by Kathleen at 6:00 AM No comments: 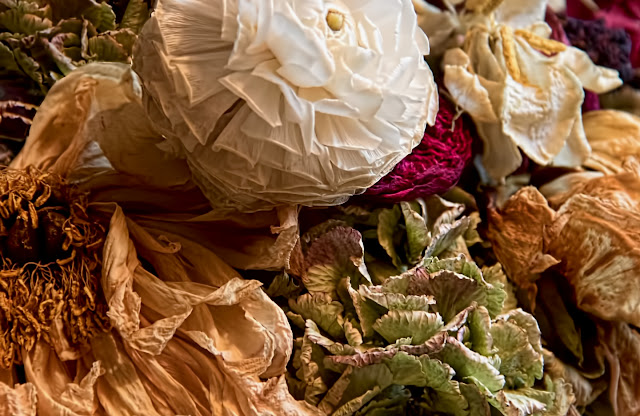 That's French for still life, and appropriate for this bunch of most sincerely dead flowers.

They sat on my coffee table and when I was cleaning I moved them to a corner, where I promptly forgot about their existence, instead of throwing them away as I'd meant to. A week or so later, I was vacuuming and oops, there was a big vase of dead flowers hiding beside the end table. They were oddly lovely in their decrepitude, so here they are, immortalized.
Posted by Kathleen at 10:02 PM No comments:


I only saw him live once, in 1983. He wore a suit and tie onstage then; he was tall, slim, heartbreakingly beautiful.

This isn't my favorite Bowie song, but I feel like remembering the early strange starman tonight, the spectacle that made parents who thought they'd already seen quite enough in the Sixties stop dead in their tracks and say “What is that?" The fun of this video is the very ordinary obviously middle class kids dancing in the background. Oh and those grey mutton chop things adorning that guitarist's face.

If you can stand it, watch the haunting videos for the songs from his new album, Blackstar, released only last week.

Posted by Kathleen at 8:33 PM No comments: 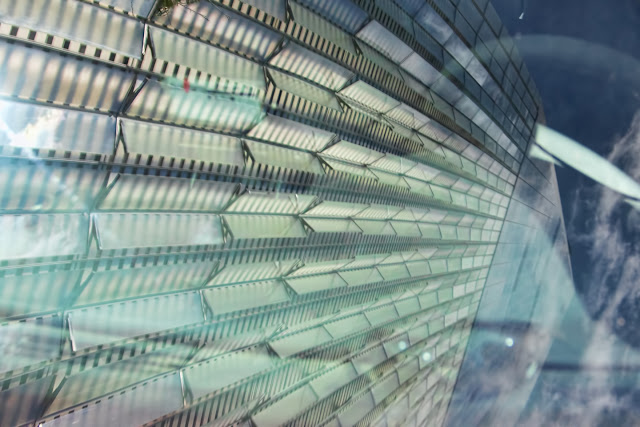 One World Trade Center, reflected in the windshield of a police car parked in front.

As expected, it finally got cold this week. As predicted, we all complained.

Posted by Kathleen at 4:01 PM No comments: 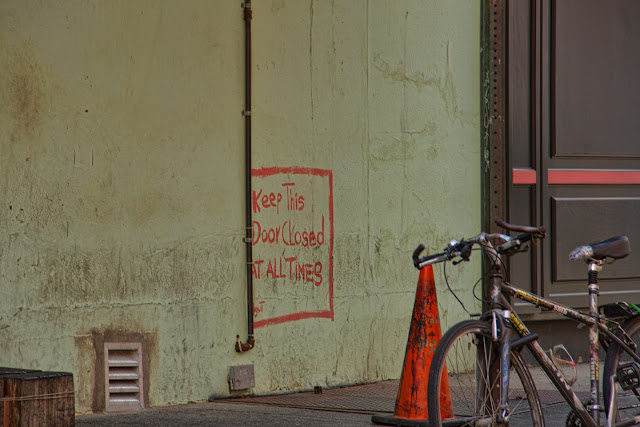 The sign is quite clear: Keep This Door Closed AT ALL TIMES.

To which the logical response is, What door? This is a Mexican restaurant on West 50th Street, and there is a back door out of frame to the left, not exactly in the immediate vicinity of this sign. I'm guessing that whoever painted the sign did it late one night after polishing off all the leftover margaritas, but I'd rather pretend that there's a magic portal there visible only to the initiated.
Posted by Kathleen at 8:08 PM No comments: 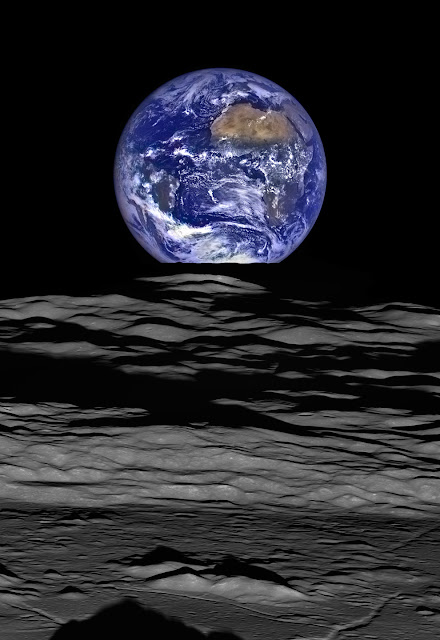 The Earth never actually rises and sets from the perspective of the moon because the moon doesn't rotate -- it's always the same face pointing toward us. So the Earth just sits there, always at the same point in the sky.

But this picture was taken by the Lunar Reconnaissance Orbiter, which is orbiting the moon, and from its perspective the Earth appears and disappears, rising and setting every two hours. 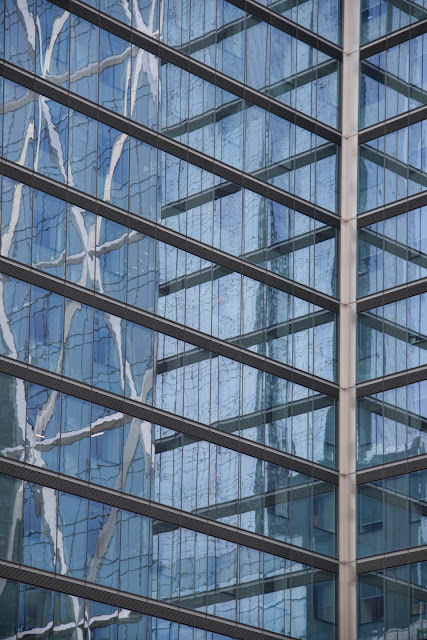 Here are an abundance of geometrical reflections for the new year: the giant X's of the Norman Foster Hearst Tower, reflected in another glass tower which was reflecting itself at the same time.

And in the lower right corner, a much less glamorous if more typical New York generic office building.
Posted by Kathleen at 1:18 PM No comments: 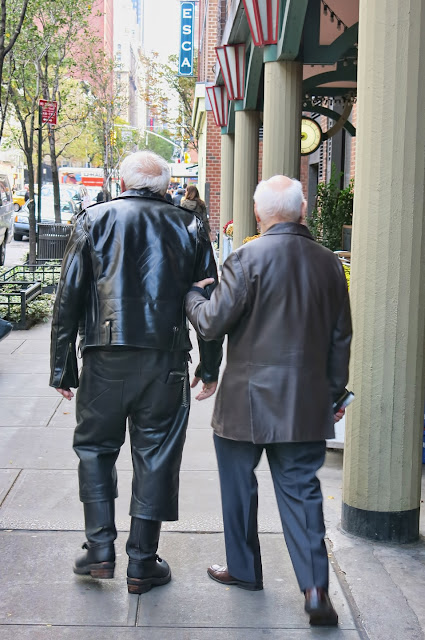 I don't imagine the gentleman on the left has been on a motorcycle for a few years, as he could barely walk. And the friend holding his arm wasn't much steadier, but I found the sight of the two of them tottering down 43rd Street so charming that I ran down the street after them to take this picture.

A very happy new year to all of us, and may we all have a friend to hold on to when we need one.
Posted by Kathleen at 9:23 AM No comments: