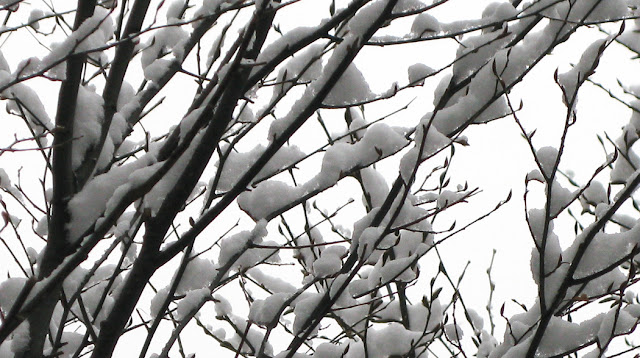 Fortunately, not. I spent Sunday puttering around the apartment, paying no attention to the news, so this morning's snow was a surprise. But if you have to be surprised by snow on a Monday morning, the Monday of a three-day weekend is definitely preferable, and from the vantage point of my bedroom, with a cup of tea and my Kindle, I find I don't mind the snow at all. 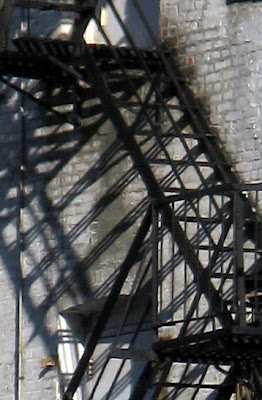 The strong, clear winter light on one of the rare sunny days makes an interesting abstract out of a fire escape on West 45th Street.
Posted by Kathleen at 6:46 AM No comments: 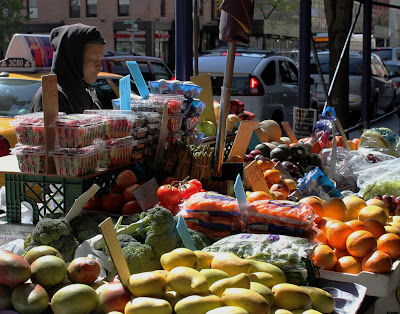 A fruit vendor on 42nd Street.

Posted by Kathleen at 8:09 AM No comments: 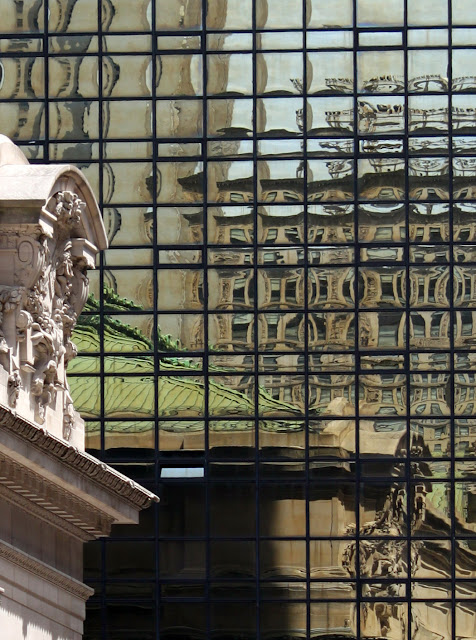 Another of Grand Central, reflected in the Grand Hyatt.
Posted by Kathleen at 9:05 AM No comments: 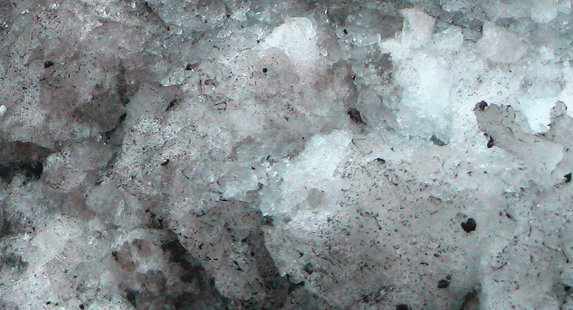 Posted by Kathleen at 7:02 AM No comments:

The dregs of winter 2 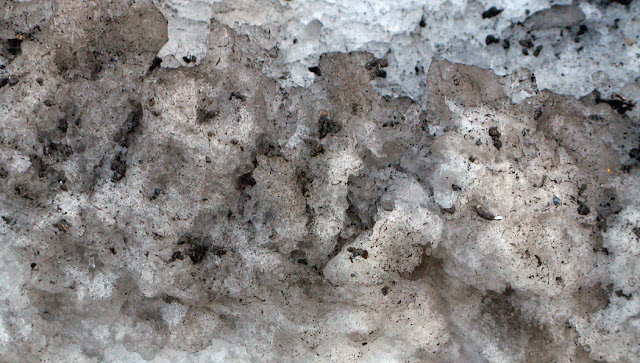 The dregs of winter 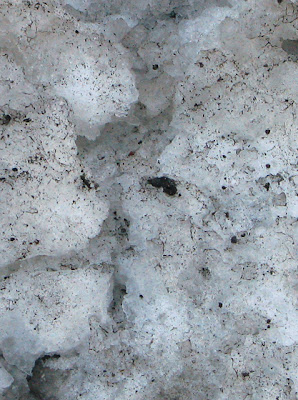 You can't pretend that old snow is beautiful, but close up it is at least interesting. I didn't use the good camera so everything blurs a little when I blow it up, but it makes some lovely abstracts.
Posted by Kathleen at 10:12 PM No comments: 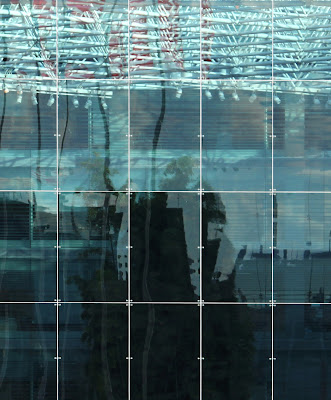 The Thurgood Marshall Federal Judiciary Building, across from Union Station in Washington, last October.
Posted by Kathleen at 9:40 AM No comments: 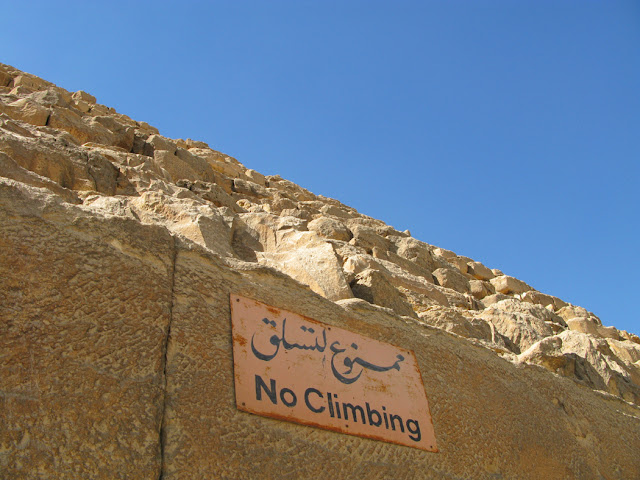 I don't have anything intelligent to say about the situation in Egypt because I don't know enough. That doesn't seem to stop the bloviators on my TV, who are spouting the most incredible nonsense and then coming back the next day to spout nonsense that is the complete opposite of what they previously said. Is this good for us? Is this bad for us?

It's not about us. The few Egyptians I talked to during my brief visit hated Mubarak, and said so openly. "We're what passes for democracy in the Middle East," is how one of my tour guides put it bitterly. She was funny and smart and passionate, and got up at three in the morning in Cairo to drive to Alexandria to meet our tour group, escort us to Cairo and back, and then drive back to Cairo after midnight. In her eighth month of pregnancy. If the streets of Cairo are full of women as tough as she was, Mubarak is definitely toast.

There's a canal on the road to Giza, full of trash and discarded furniture and at least one dead donkey. I saw two young boys with a cart full of carrots washing them in the canal water. If tossing out the government gets children like that a source of clean water, it could be a very good thing. Or it could be Meet the new boss, same as the old boss. Or something even worse. I don't know. Nobody does. But how they love to hear themselves talk!

Photo of the pyramid of Chephren, or Kafre, at Giza

Posted by Kathleen at 6:20 AM No comments: