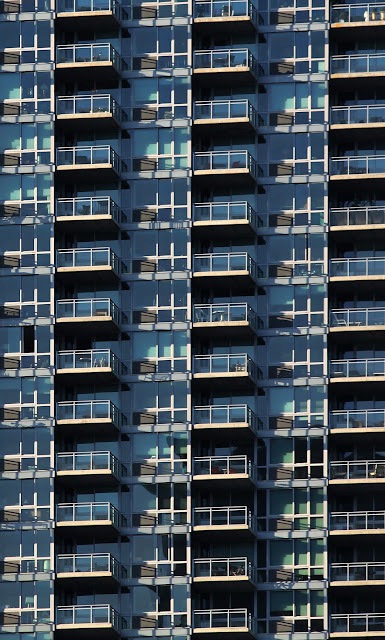 A new apartment building on Tenth Avenue in Manhattan.

Not as huge and hive-like as apartment buildings in Hong Kong, but some of the same feel. The furniture on the balconies is the only way to distinguish among the cells apartments.
Posted by Kathleen at 12:40 PM No comments: 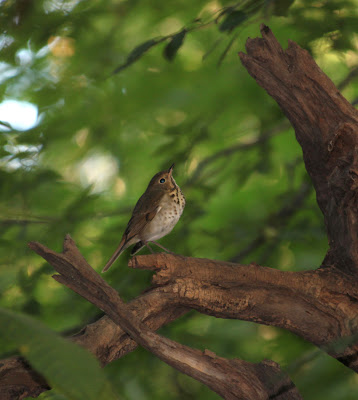 A hermit thrush, true to its name, hiding way back in the foliage in the Ramble.
Posted by Kathleen at 6:41 AM No comments: 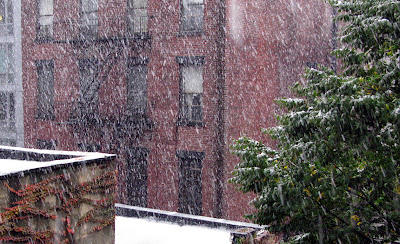 If there were anything that could make me more grateful to be heading west to see friends next week, it would be this: snow. Snow! Snow. In October. In New York. I am so not ready for this. 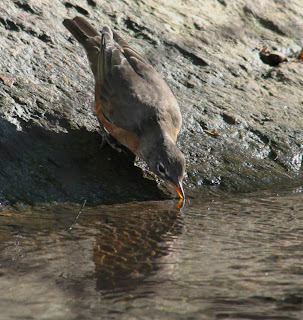 There are streams in the Ramble that feed into Central Park lake, and the robins seem to regard them as their personal day spa. They hang out on the rocks, they have a drink, they take a bath.

While most of them jump into the water and then frolic around and splash their wings into the water in what I'm sure is bird semaphore for "Whee!", the robin below plopped himself in and then just sat there. If I were to give this photo a caption, it would definitely be "Aaaahhhhh..." 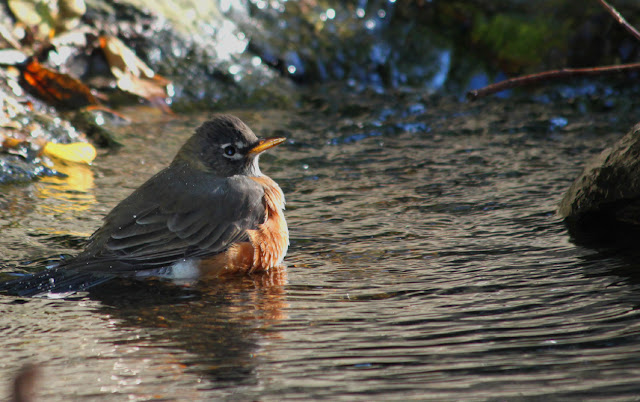 Posted by Kathleen at 6:27 AM No comments: 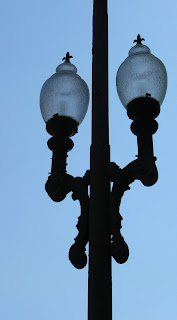 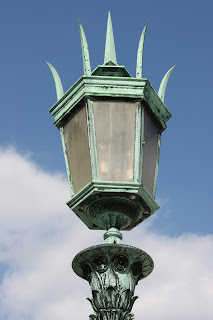 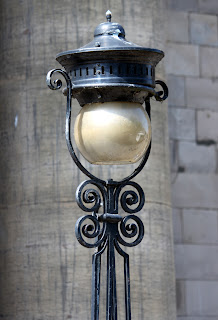 Some of the miscellaneous pictures I've taken along the way: streetlights on St. Charles in New Orleans, in the New Town, Edinburgh, and near Capitol Hill in Washington.

Posted by Kathleen at 4:04 PM No comments:

In case you want to read a real blog....

I've always said that I don't write much about politics on this blog despite a passionate interest in the subject because there are already many more worthy political blogs than any normal person can find time to read.

That's less of a problem because the great Charles P. Pierce is now writing the politics blog at Esquire.com, and reading his take on things makes most of the rest of them superfluous.

Here he is on whether the other Republican candidates would call Mitt Romney on his Occupy Wall Street donor connections at the debate last night:


Rick Perry's too stumped by conventional English to do it, and I think Herman Cain's going to have enough problems. My money's on Newt, who's the most accomplished backstabber since the O'Jay's.


He is as lead-footed on his feet as any major candidate I've ever seen. He doesn't have what the football coaches call "lateral quickness." He thinks on his feet with the dexterity of an andiron. He adapts to an unfamiliar question like a duck confronting the space shuttle. He corners like an oil tanker. Watch him when he tries to deliver a zinger. He looks like a guy learning to dance by following the footprints painted on the floor of the studio. Move one of the footprints a quarter-of-an-inch, and he'll dance himself out the window and down three floors to the sidewalk."

Posted by Kathleen at 7:17 PM No comments: 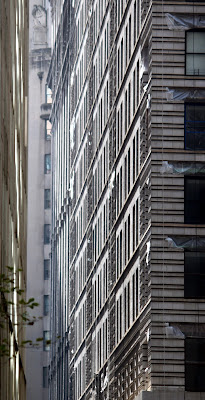 In honor of Occupy Wall Street, here's a photo of the narrow streets of lower Manhattan.

There are probably more banksters working in Midtown, or New Jersey, these days than there are in the vicinity of Wall Street. I've always found the skyscrapers on the old narrow streets claustrophobic; spend too much time there and it might easily warp your perspective. In every sense of the word.
Posted by Kathleen at 7:03 AM No comments: 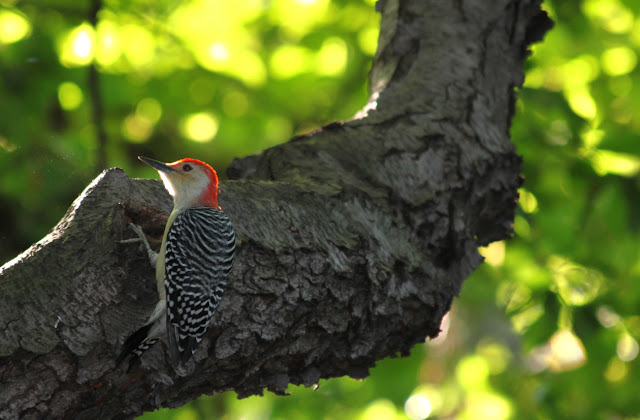 You might think that whoever named this bird needed a copy of Anatomy for Dummies, but red-bellied woodpeckers do have a faint red tinge on their bellies, which you can see just above the tail in this photo. Still, who would look at this bird in all its crazy black and white and red strangeness -- I always think they look a little like huge furry insects -- and decide that its most remarkable feature is that barely noticeable bit of red?

Posted by Kathleen at 7:08 AM No comments: 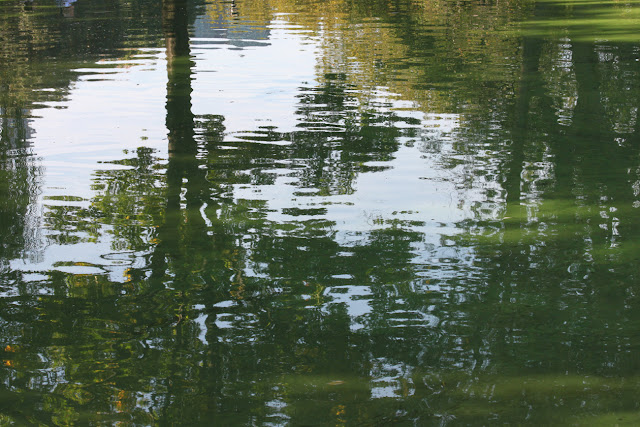 Another shot of the lake in Central Park.

Posted by Kathleen at 7:00 AM No comments: 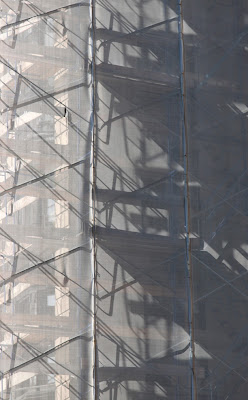 No Blackberry service, so the world is clearly going to hell. Here's a covered scaffolding on the Upper West Side, with the brilliant October light making a crazy pattern of shadows, clearly symbolizing the meaninglessness of a universe without constant connectivity.

I'm rather enjoying the sensation of having no idea what critical emails may be sitting in my inbox, and the unfamiliar bliss of being unable to check. 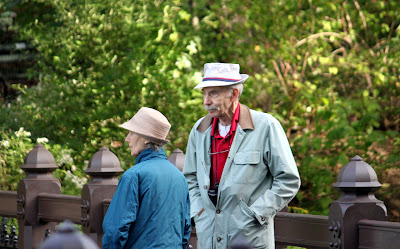 Central Park early in the morning is a true oasis. Just sitting on a bench is a form of meditation; you hear only the breeze and the birds and the city seems very far away.

What you are not is alone, even at 7 in the morning in the wilds of the Ramble. There are dogs being walked, babies being pushed, photographers, birdwatchers (you can tell by the binoculars around the neck.) 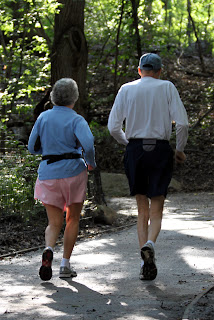 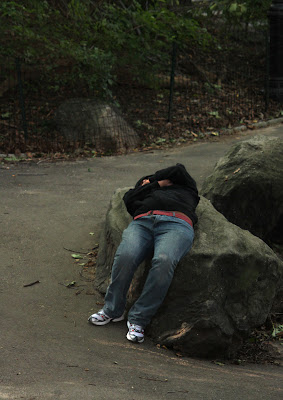 Lots of runners, of course. And even a young man sleeping off what must have been a very late night (he must have been really drunk to make that rock look like a comfortable place to lie down.)
Posted by Kathleen at 12:31 PM No comments: 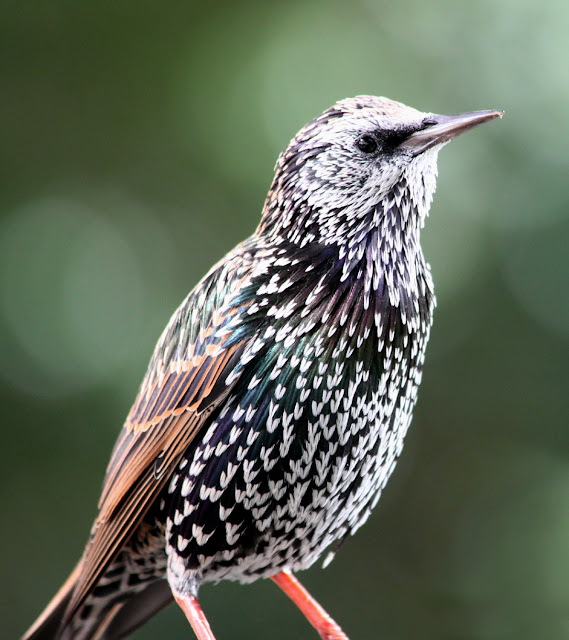 All of the interesting birds have been keeping themselves mostly out of sight during this migration season -- or at least, out of my sight.

So here's a starling, another common, much-vilified import, and certainly they weren't brought over from Europe because of their sparkling personalities. In the summer, when they have that purple and green iridescence, they look gaudy and overblown, and if they'd been offered as inspiration to the contestants on Project Runway along with the ravens and cockatoos last week, Nina Garcia would definitely be complaining about their taste level.

But in the fall the plumage is much more low-key, and if the speckles mixed with those brown-tipped wings would never land them a spread in Marie Claire, there's still something jaunty about the tiny white chevrons tipping each feather.
Posted by Kathleen at 6:43 AM No comments:

My cable company (I won't single them out but let's just say their name rhymes with Crime Warner) has finally managed to restore my broadband service after a series of lapses in good customer service standards that would make Dale Carnegie cry.

And I'm so happy to be able to go online again that I'm going to go back and post some of the backlog of photos I never got around to. 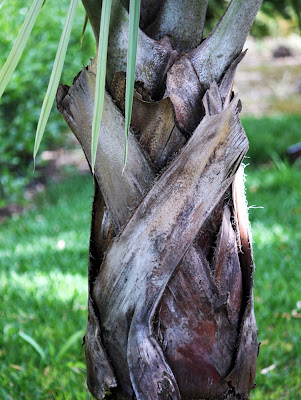 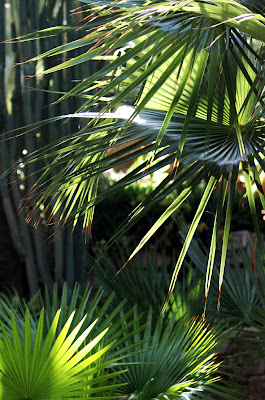 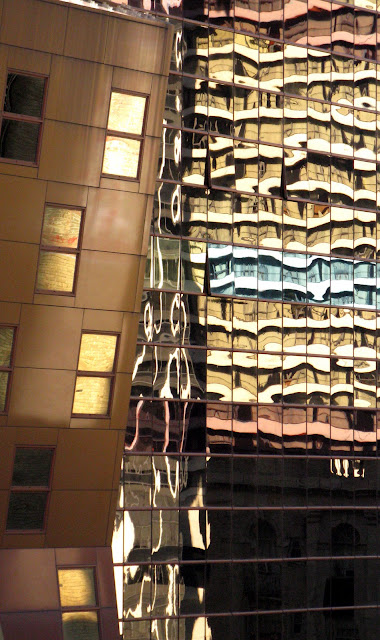 I only have Internet for ten minutes at a time right now so I'm uploading in a hurry. This is from the terrace at the AMC Theatre on 42nd Street.
Posted by Kathleen at 6:44 PM No comments: