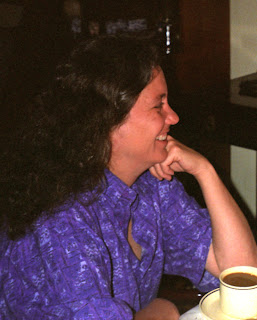 This is my beloved friend Laurie Anger, who died suddenly and unexpectedly last week, at a dinner party at her house in Mill Valley in 1994.

This is not a journey I ever wanted or expected to take: navigating a world without her in it. I was only 21 when we met, and so much of who I ended up becoming, I became because of her. She showed me how to push back, live large, be bold. Saying that "she had a lot of personality", or a "real presence", doesn't begin to describe her. Laurie was more like a force of nature: fierce, moody, stubborn, shameless. Downright impossible much of the time. But also loyal, generous, smart and funny, with a huge laugh that bowled over everything in its path.

We've spent the past few decades with a continent between us, but whether we spoke all the time or not very often, it was understood that a spare bed, a shoulder to cry on, and a bottle of good red wine were always available just for the asking. 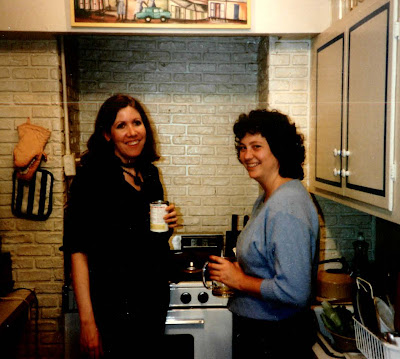 She almost went on the Baltic cruise with me a few months ago, but changed her mind because she'd been unemployed for a while and didn't think she should spend the money. We promised that we'd do it some other time.

That's not a possibility now, and I'll try to pay back the many debts I owe her by never missing another opportunity if I can help it.

Goodbye, dear friend.
Posted by Kathleen at 5:08 PM No comments: 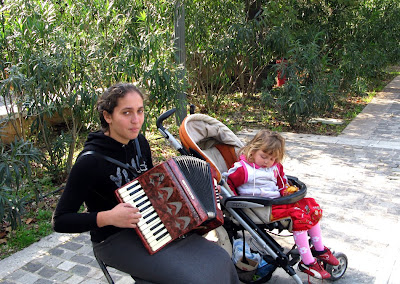 A woman playing accordian for the tourists near the Acropolis in Athens. I like her daughter's bold combination of red and pink, compared to her own somber black and gray.

That's in the Bible. Or the Constitution.

The Bismarck Tribune has an article on the First Amendment Free Food Festival celebrating Constitution Day at Bismarck State College. Students could have all the pizza they wanted as long as they gave up their first amendment rights, including, apparently freedom to lunch. "As students entered, they were given pizza, but they weren’t necessarily given the kind they wanted. They were given something to drink, but people desiring water invariably received pop and vice versa."


Students Allison Bopp and Sam Harris were among throngs of people enjoying the pizza and lack of freedom. Both said the event taught them an important lesson about the rights they enjoy in this country.

“You don’t know what you have until it’s taken,” Harris said.

“I think that it’ll make me appreciate it for a while,” Bopp said.

Bauer said that was the point of the event — to teach students about the day-to-day freedoms they may take for granted. She said many of the students seemed surprised at what all was included in their freedoms.

As am I. With so many misguided invocations of the Constitution being thrown around these days, I'm mostly shocked that college students don't already have at least a passing familiarity with the First Amendment, and the ability to appreciate freedom of religion and freedom of the press on a slightly more sophisticated level than freedom to choose your pizza toppings. Getting what you want just because you want it is not among the "what all" guaranteed by the Bill of Rights, no matter what the tea partiers seem to think. 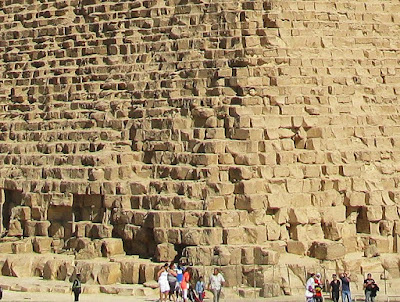 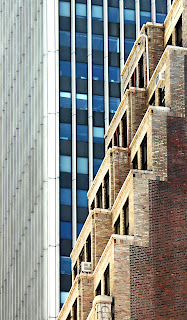 That's the Great Pyramid, last November, and a building in the West 40's, last weekend. 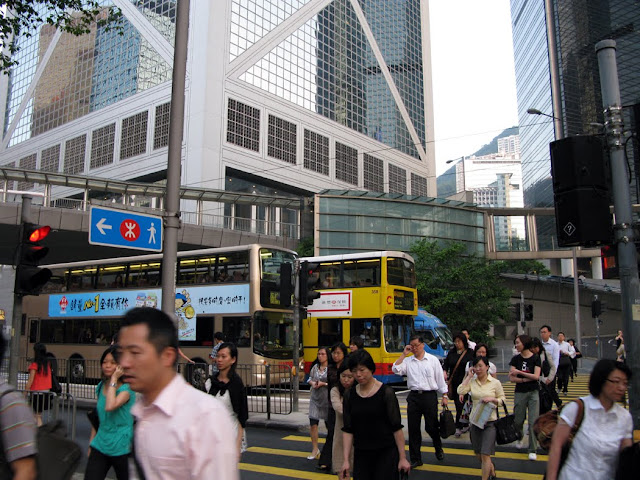 Rush hour, Hong Kong.
Posted by Kathleen at 6:00 AM No comments: 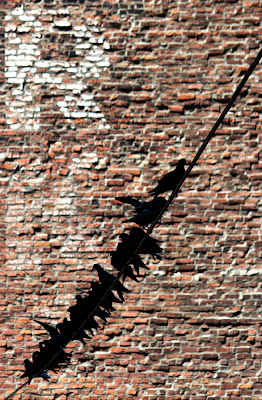 Pigeons enjoying the weather, on West 43rd Street.
Posted by Kathleen at 7:42 AM No comments: 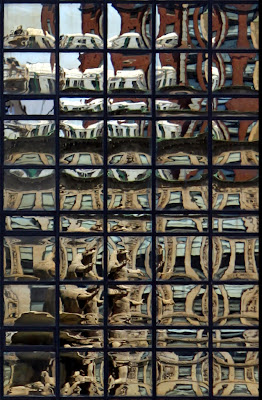 I'm going to be in Dublin later in the year, so this gives me a chance to practice saying everything's grand.
Posted by Kathleen at 9:40 AM No comments: 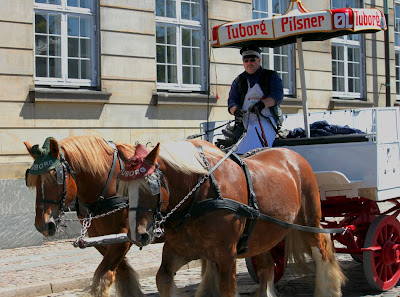 The Tuborg beer cart in Copenhagen. I never figured out what the purpose of this cart was -- deliveries? advertising? I only know that it was NOT handing out free samples, which would have been the only possible justification for subjecting horses to those hats.

The end of summer, part 2 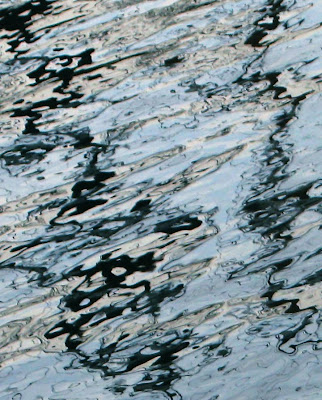 Another breezy beautiful day when I haven't even thought about turning the air conditioning on.

Here's a water abstract that looks the way the air feels today: masts reflected in the water in Barcelona.
Posted by Kathleen at 3:47 PM No comments:

The end of summer 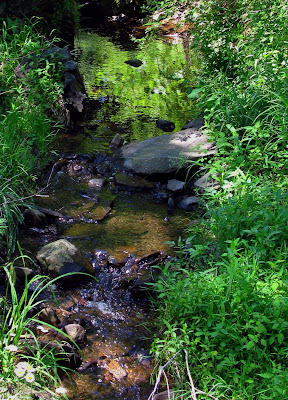 Hurricane Earl passed by close enough to give us clear skies and breezy cool temperatures this Labor Day weekend.

We return to the now familiar tropical heat later in the week, but after enduring what is now officially the hottest summer ever, I'm determined to enjoy this respite.

The picture is of a creek in upstate New York, last summer.
Posted by Kathleen at 5:13 PM No comments:

Ghosts of buildings past 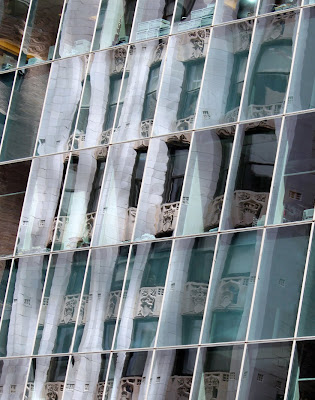 This is a building just off Madison, in Midtown. I love how the reflections of the much more ornate building across the street look like a ghost of a building sitting on top of the real one.
Posted by Kathleen at 7:26 AM No comments: