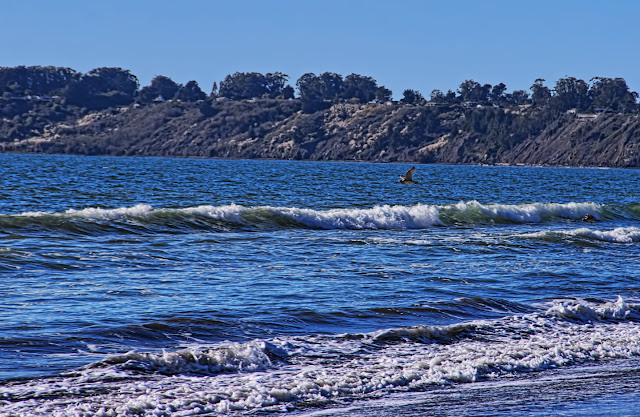 Okay, the bird isn't exactly the focus of this picture, taken at Stinson Beach on Friday. Blue sky and blue waves going on forever, some rocky headland and a bird.

It's too small to identify, but I'm thinking some kind of sandpiper
Posted by Kathleen at 10:11 PM No comments:

Why I flew home yesterday 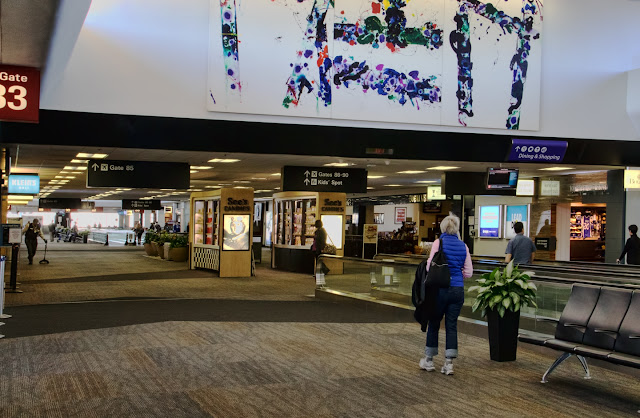 The terminal at SFO, shortly before noon yesterday.

I really enjoyed my week offline; I was supremely lazy and spent a lot of time sitting around in sweats, drinking coffee and talking to old friends. I was sorry to have to come back so soon, but I have to go to work tomorrow and I suspected that yesterday would be a better day for flying. Which it was -- the flight was full, but the airport was pretty empty.

Now I just have to convince my body clock to turn itself ahead three hours....
Posted by Kathleen at 2:58 PM No comments: 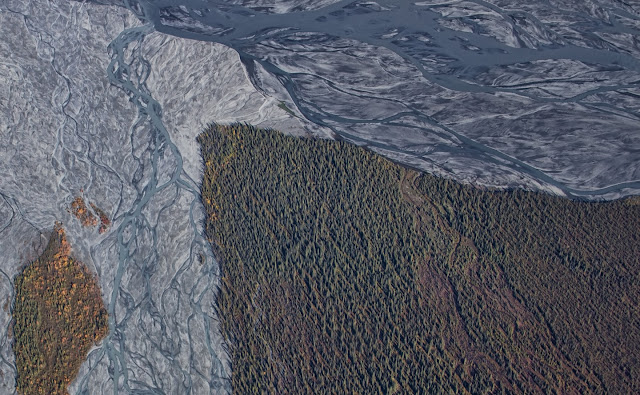 Here's a flashback, a photo I never got around to posting: forest and tundra in Denali National Park, as seen from the sightseeing plane. Looking at this picture it's amazing to me that we got up so high in such an itty-bitty plane.

Posted by Kathleen at 8:59 AM No comments: 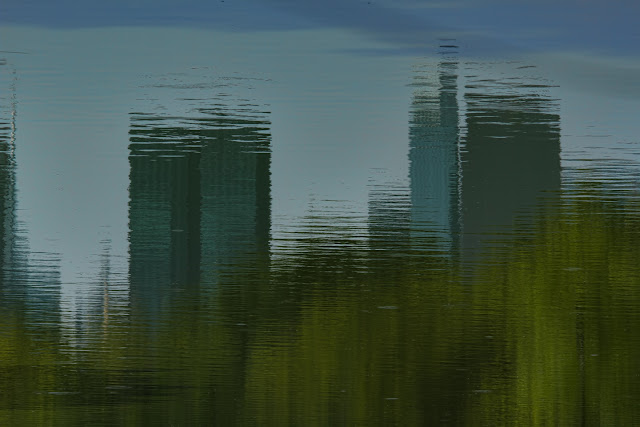 If mermaids built a city, it might look like this -- the towers on Central Park West, reflected in the lake in the Park.

I'm flying today, on my way to spend a quiet Thanksgiving with friends, and fortunately I seem to be traveling early enough to beat the worst airport crowds. It's crowded and just this side of chaotic, but I managed to go through checkin and security without damaging my karma with too many uncharitable thoughts about my fellow human beings.

(You can tell this was taken a couple of months ago, before the trees started to turn.)
Posted by Kathleen at 8:38 AM No comments: 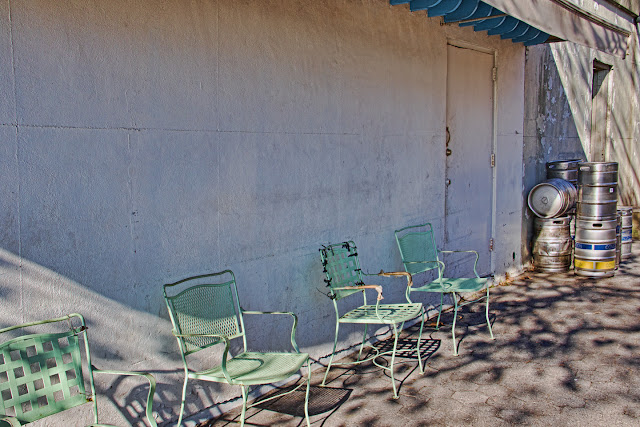 These chairs are lined up behind a restaurant in Battery Park. They're kind of battered so they may be on their way to the trash, but they look oddly expectant, as though there's going to be an exclusive after-hours party once the restaurant closes.

I'm at training this week – if the phrases “recursive common table expressions" or “scalar functions" make you clap your hands with delight, this is the course for you – so I need a long walk at lunch to clear my brain.
Posted by Kathleen at 7:51 PM No comments: 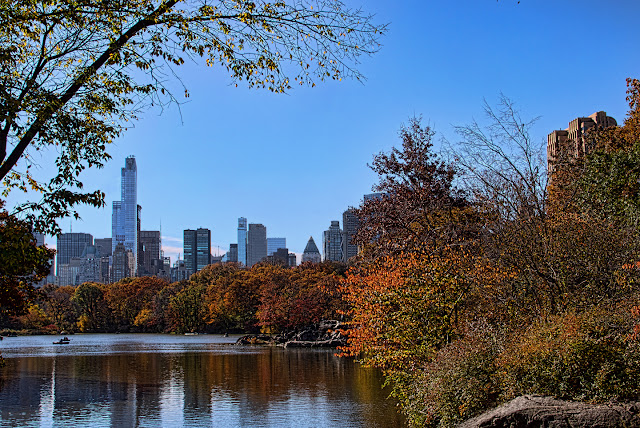 A cityscape from Central Park. It's fortunate that I don't have this view from work, or I'd never get anything done.

Posted by Kathleen at 8:47 AM No comments: 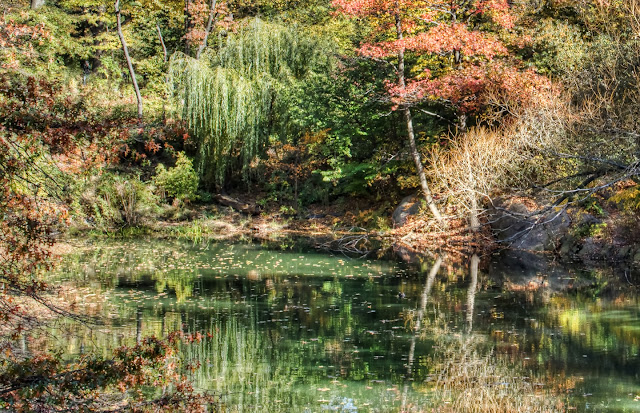 A softer, dreamier (yeah, Photoshopped into submission) autumn view, as reflected in the lake in Central Park.
Posted by Kathleen at 6:29 AM No comments: 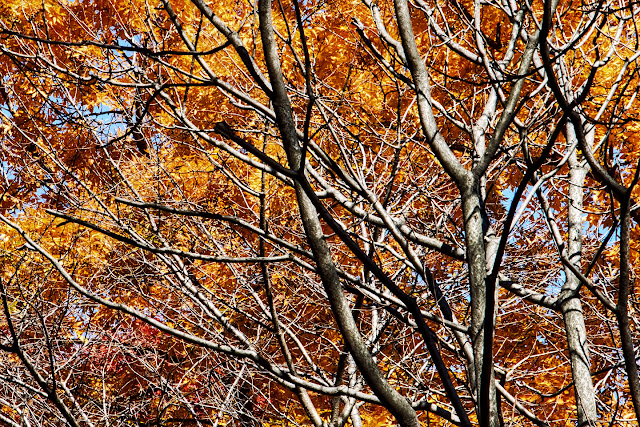 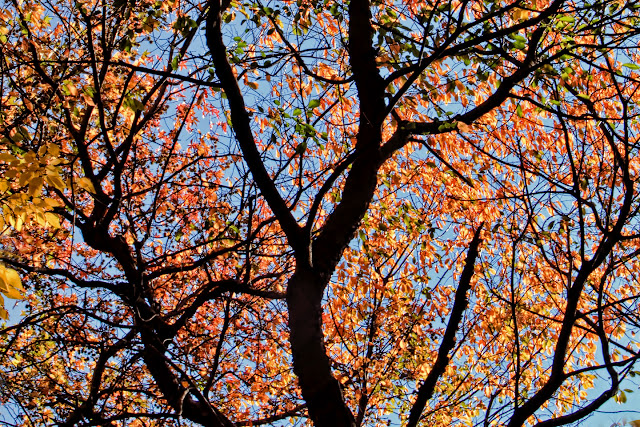 A few more pictures from the park.

It's hard to capture how brilliant the light is in the fall, how it shimmers like glass, but these two shots come close.

Posted by Kathleen at 9:30 PM No comments: 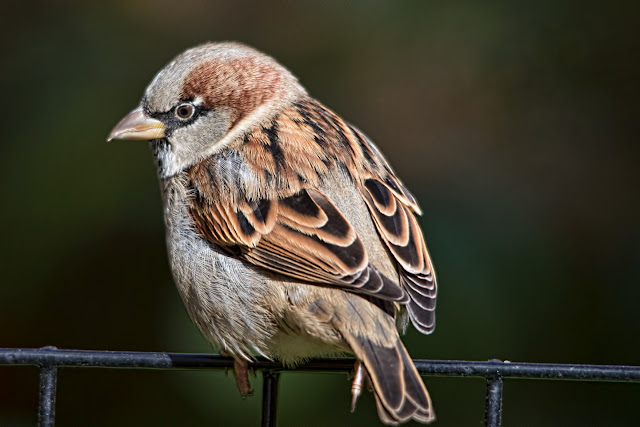 A house sparrow in the park this morning.

It's been unusually warm so far this autumn and many of the trees are still greener than they should be, but walking through leaf-strewn paths in the Ramble in the fall is still one of the great pleasures of living in New York.
Posted by Kathleen at 1:46 PM No comments: 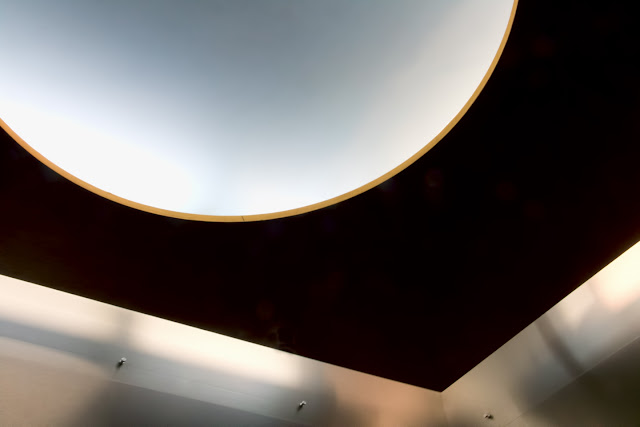 This is the ceiling of the elevator in the Center for Italian Modern Art in SoHo. It was on the Open House New York schedule a few weeks ago, but this photo, taken on impulse as I was leaving, is the only one I really like. The light and the shape are very cool.
Posted by Kathleen at 5:45 PM No comments: 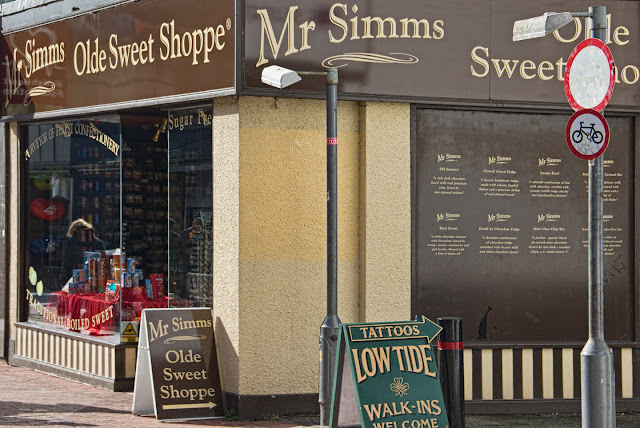 The high street in Southend.

I like the juxtaposition -- you can stop in at Mr Simms for something to bite down on before heading off to get your tattoo at Low Tide (Walk-ins Welcome).
Posted by Kathleen at 7:29 PM No comments: 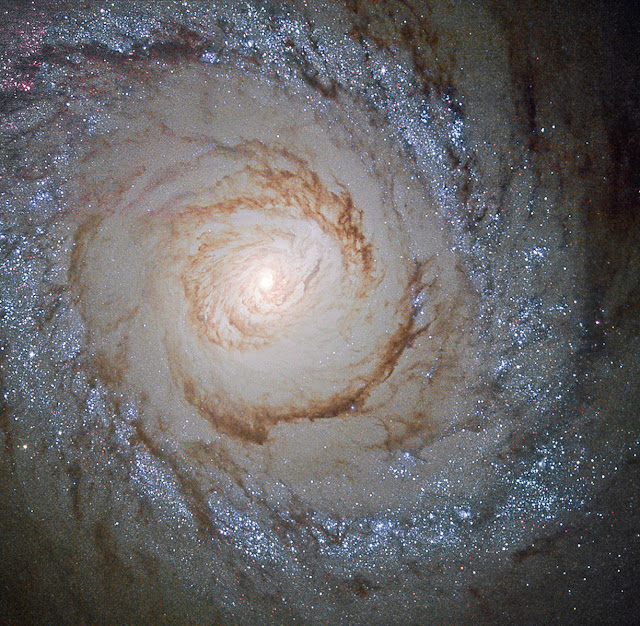 Galaxy M94 is notable for that bright shiny bluish ring around the circumference, like a gaudy sequined tiara worn by a Halloween princess.

Those are all baby stars, bright and hot and blue, only a few million years old, which in galactic terms means they're barely old enough to cross the street by themselves. Galaxies with this type of intense star formation are called, appropriately enough, starburst galaxies, and no one really knows why some galaxies do this while others reproduce with more decorum.

Image Credit: ESA/Hubble and NASA
Posted by Kathleen at 8:38 AM No comments: 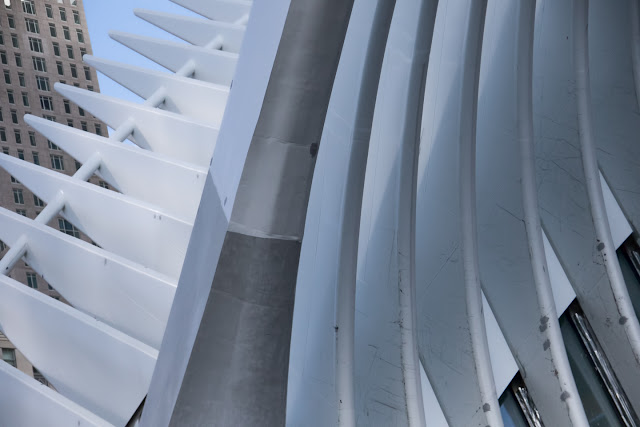 It's not a bird, but those spires do suggest something flexing, getting ready to take off.

A detail from the WTC Transportation Hub.
Posted by Kathleen at 9:49 AM No comments: