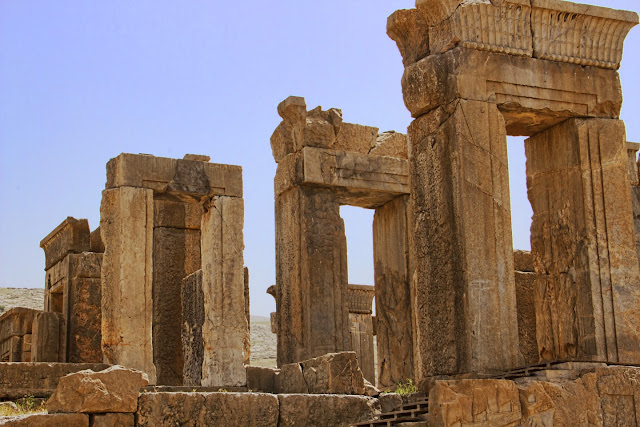 The palace of Darius.

A large part of the complex is taken up by the palaces of the various emperors. And for some reason, they each wanted to have their own. When Darius died, leaving a perfectly good palace, you would have thought that Xerxes would have just moved in, instead of building his own palace next door.

But that was apparently not the way they did things in Achaemenid households.
Posted by Kathleen at 8:59 PM