You say you want a revolution 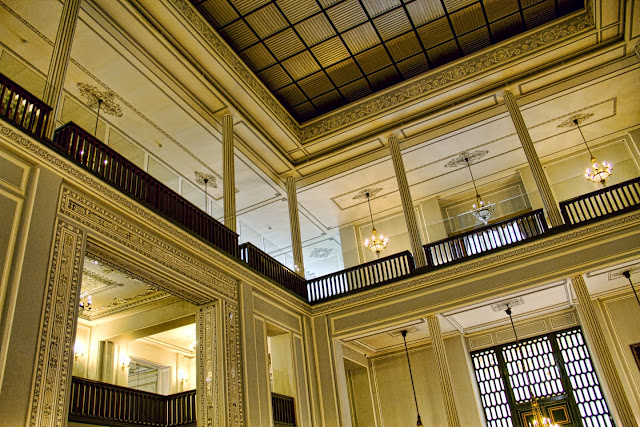 Here's how you go about inciting one.

Since I brought up the shah in the last post, here's a flashback to one of the things I wanted to write about in Tehran, but didn't get to yet -- a study in contrasts. This is the interior of the palace where the last shah lived before the revolution. It's impossible to walk through there -- or the Hermitage in St. Petersburg, or Versailles -- without seeing very clearly why revolutions happen.

Power and politics are complicated, and revolutions depend on more than ostentatious displays of wealth by oblivious rulers while the people suffer, but that's always part of it. (And it's not a lesson anyone ever seems to remember, even as income disparity in the United States becomes more and more extreme.) His big palaces and fancy clothes and secret police and gifts from foreign governments (that's a Yamaha organ from the Japanese government below) couldn't save the shah. 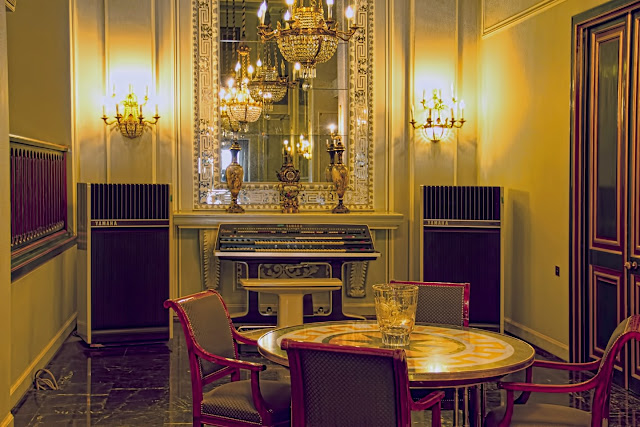 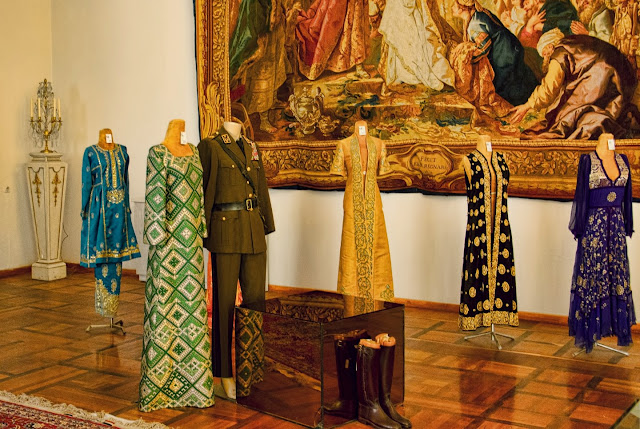 Of course, religion played a significant role in the Iranian revolution, and so it didn't end as it so often does, with the New Boss just moving into the palace of the Old Boss and assuming the same privilege.

The two-room house where Imam Khomeini lived is a short drive from the shah's palace, and a world away. There is nothing glamorous about it; it's barely comfortable. But he obviously wasn't interested in worldly goods; there are photos of him meeting with world leaders on that sheet-draped couch.

I think it's impossible for an American not to have a complicated response to Khomeini, but he is still revered in Iran. He is always called Imam Khomeini, rather than Ayatollah Khomeini, and his photo is everywhere. (Where “Ayatollah” just means a high-ranking Shia cleric, “Imam” is more like being the Pope. Imams are considered true successors of the Prophet, possessed of divine authority.) They are building a huge gaudy complex around his mausoleum on the outskirts of the city, and I suspect he would be appalled.