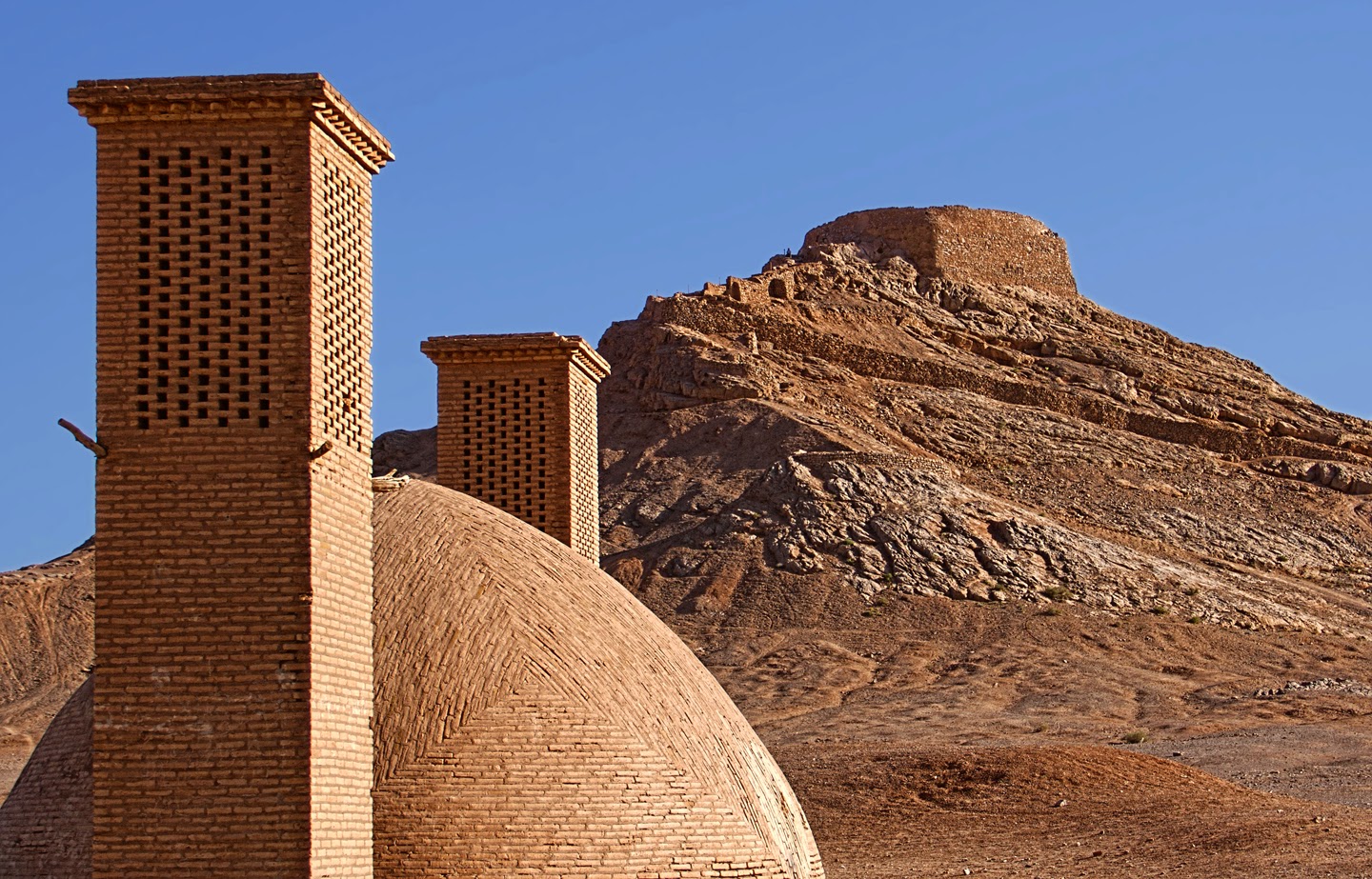 Earlier, we'd gone to this site on the outskirts of the city. The two hilltop towers here were used by Zoroastrians until the 1960's to dispose of their dead by leaving them in the open for vultures to eat.

Many different cultures practice some form of sky burial like this. For the Zoroastrians, it was because earth is one of the four sacred elements, and they believe that dead bodies are impure and would contaminate the ground if they were buried. There's a small cemetery nearby that is used now for burials, with shrouds or coffins designed to keep the body from touching the earth.