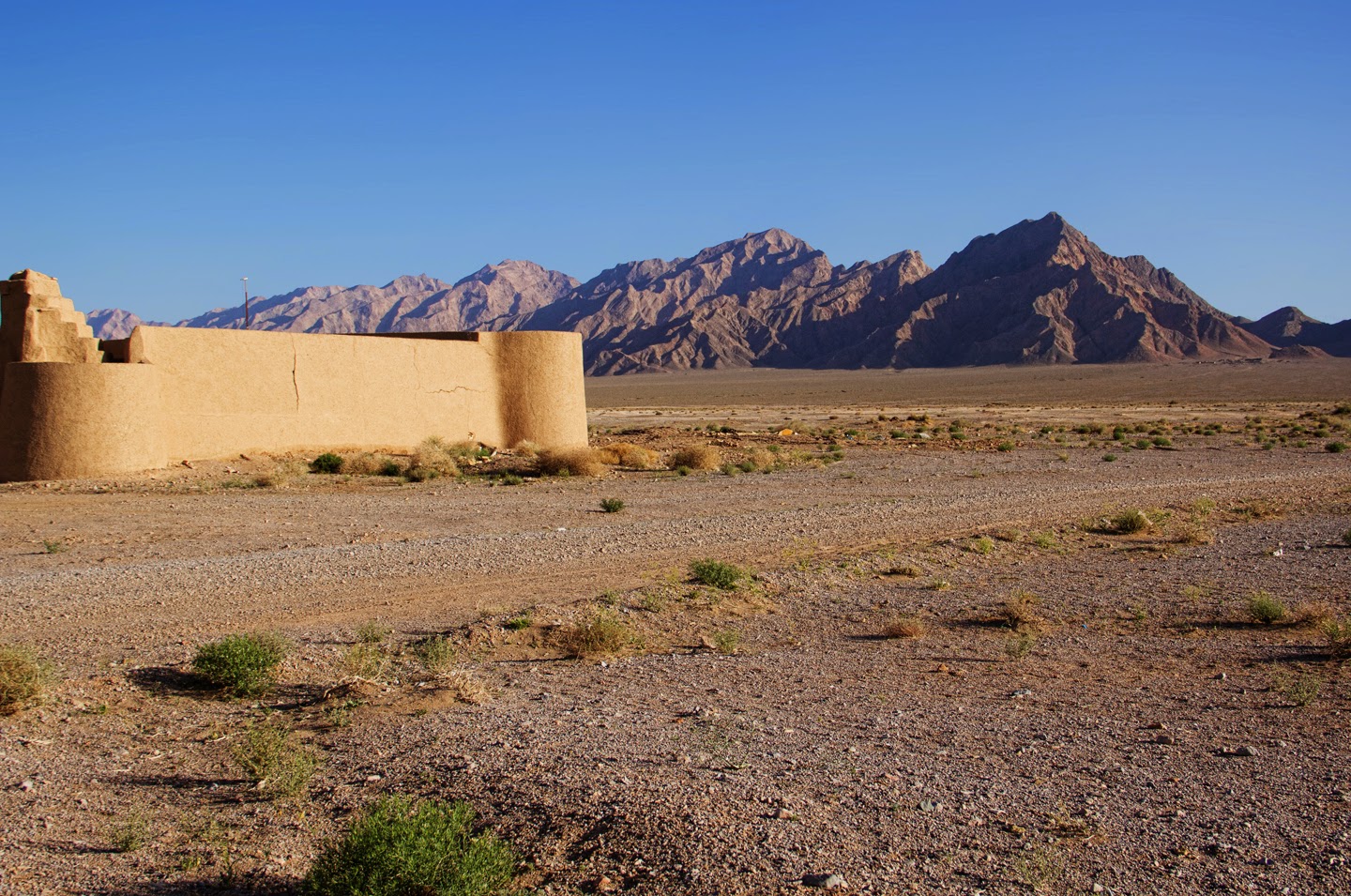 The caravanserai at Zein-o-din is only 400 years old, so it wasn't an option for Marco Polo. And since he was a man, and lived in the 13th century, he wouldn't have been as excited about the toilets as the four women in our group were. New, western style toilets! Lots of them! With toilet paper and everything! (Outside of hotels, most of the toilets in Iran are squatters. Sometimes there is one western-style toilet with a seat in the last cubicle, but you can't count on it. And though I can handle the squatting, my knees are not appreciative.)

You can spend the night here -- there's a whole wing of curtained alcoves with mattresses on carpeted floors, but we just stopped for tea. And the bathrooms.
Posted by Kathleen at 11:00 PM