A gaze blank and pitiless as the sun 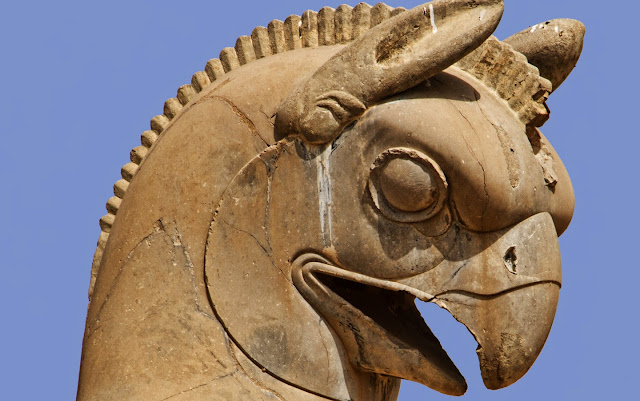 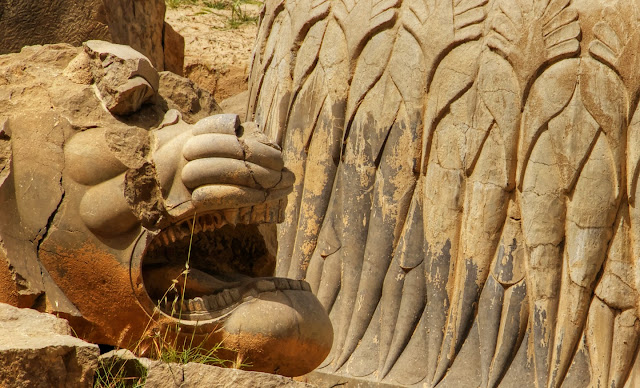 Two of the griffins, one with a lion head and one with an eagle. I think these were originally capitals -- they sat on top of pillars -- and they came in pairs, one facing in each direction.

Persepolis is an hour's drive from Shiraz, and we left early in the morning so we could spend several hours there before the heat of the afternoon set in. There was an occasional breeze across the plateau, and many of the reliefs are shaded by awnings (which is bad for photography but very nice for the photographers) but after three hours of walking through the ruins I headed straight to the cafe and bought an orange Fanta. I don't really like soda, and I hadn't had a Fanta since I was in Africa three years ago, but sometimes water just isn't enough.