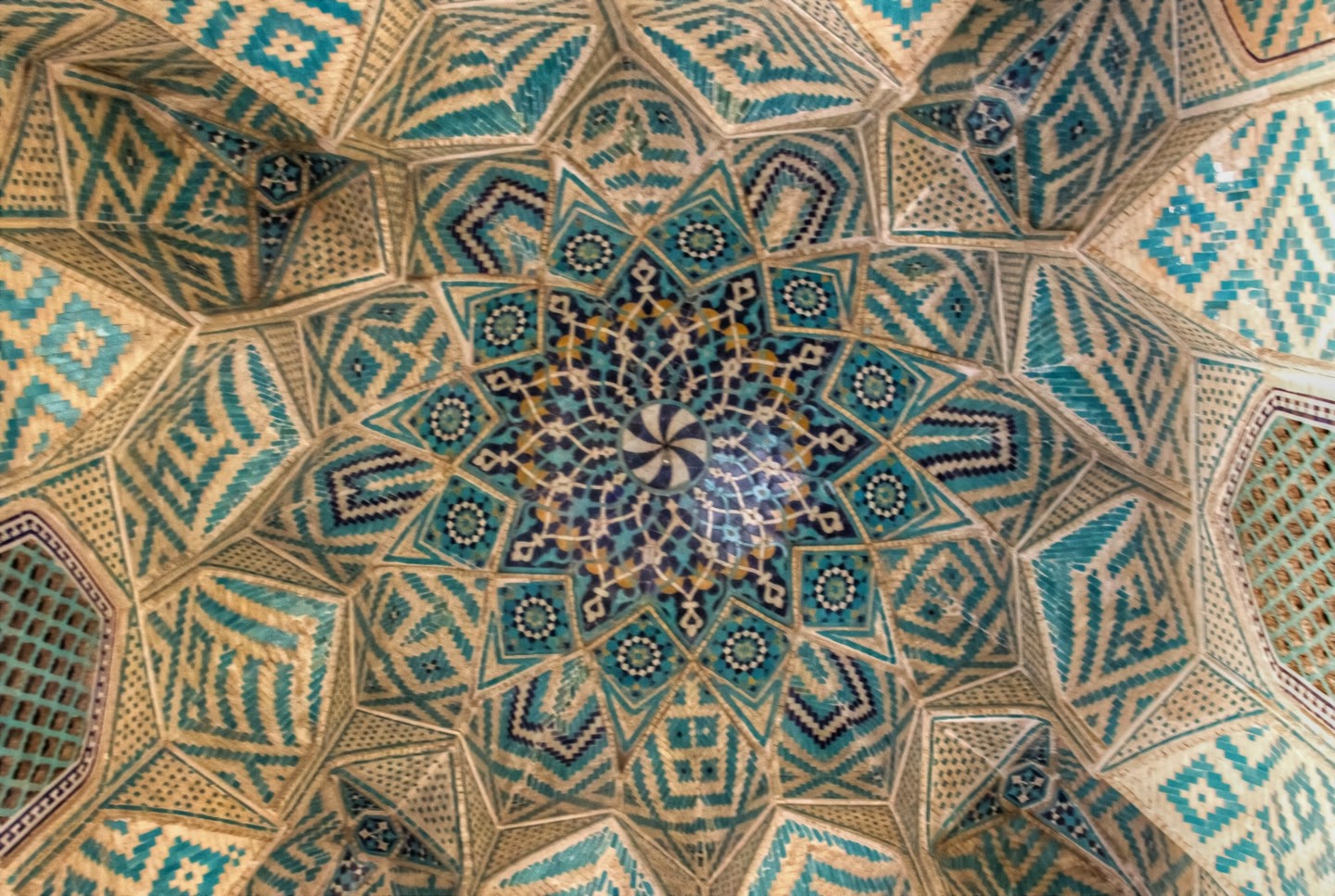 The interior dome of the Jameh mosque in Kerman.

My traveling companions have been laughing when I've mentioned my blog and then immediately complained, “But I'm still in Tehran!" And I do have several interesting stories to still to tell about our experiences there. But after two days in and around Kerman, we're driving to Yazd today, and I've decided to blog about this trip differently. I'm not going to wait until all of the previous draft entries are polished and published before moving on to the next city; instead, I'll just write briefly about where we are, and fill in the blanks later, without trying to be chronological about it all.

Kerman is in the southeast of Iran, about 250 miles from the border with Afghanistan and Pakistan. It's high desert country -- we're on the edge of the Dasht-e Lut, the desert that holds the world record for hottest surface temperature (159 degrees Fahrenheit) -- but the city is more than a mile above sea level so the temperatures, at least in April, are pleasant.

We're staying in a large hotel on the outskirts of town, which is indistinguishable from any generic second-tier hotel anywhere, except for their peculiar custom of shrink-wrapping all the clean towels in plastic. Which I always forget about until I've bathed or washed my hands and grabbed for a towel, which is then of course basically impossible to open with wet hands. Teeth have been employed on more than one occasion.