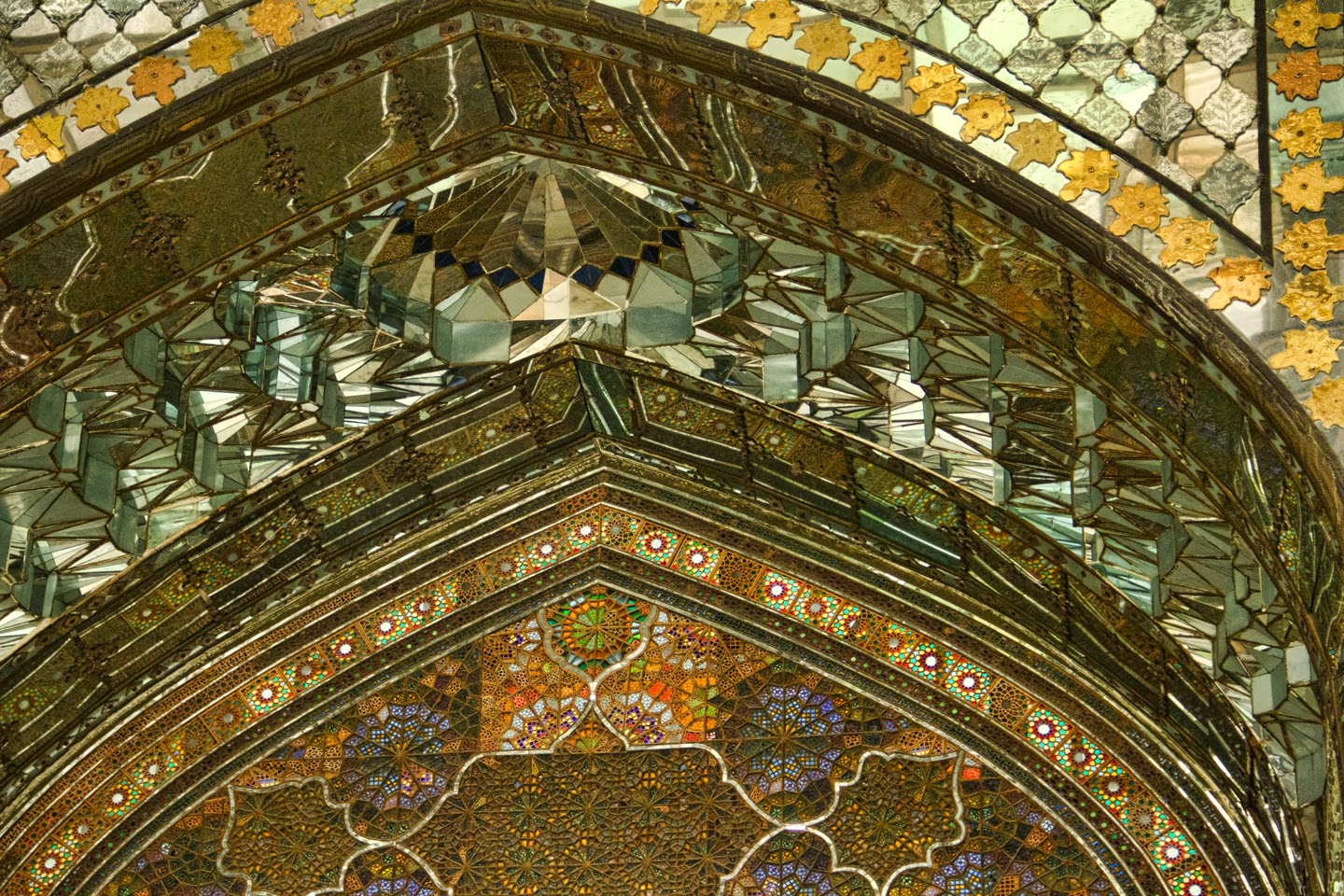 This is a detail from one of the doorways at the Golestan Palace. (The word “palace” here is misleading; it's actually a complex of many buildings that were originally enclosed within the walls of Tehran's citadel.) Fortunately, it was a gray and drizzly afternoon when we visited; you might be permanently blinded if you looked at the decorations in the sunlight.

The buildings are mostly from the Qajar dynasty, which ruled Iran from the late eighteenth to early twentieth centuries. I believe the Qajars have never received proper credit for the groundbreaking work that eventually brought us the disco ball -- the interiors, which we were not allowed to photograph, had mosaics on the ceilings and moldings and columns made of pieces of mirrored glass, cut into flowers and leaves and eight-pointed stars. The mosaics aren't flat; the various pieces are angled slightly to catch the light, so there's bling bling bling! everywhere you look. And since the walls are Wedgwood blue with white plaster moldings, it's incongruous as well as overwhelming.

The story, possibly true, is that the shah wanted to have a hall of mirrors similar to the one at Versailles, but the mirrors were broken on the way to Tehran. The decorators improvised by using the pieces to create mosaics, and the shah was so pleased by the results that they added them to every available surface.