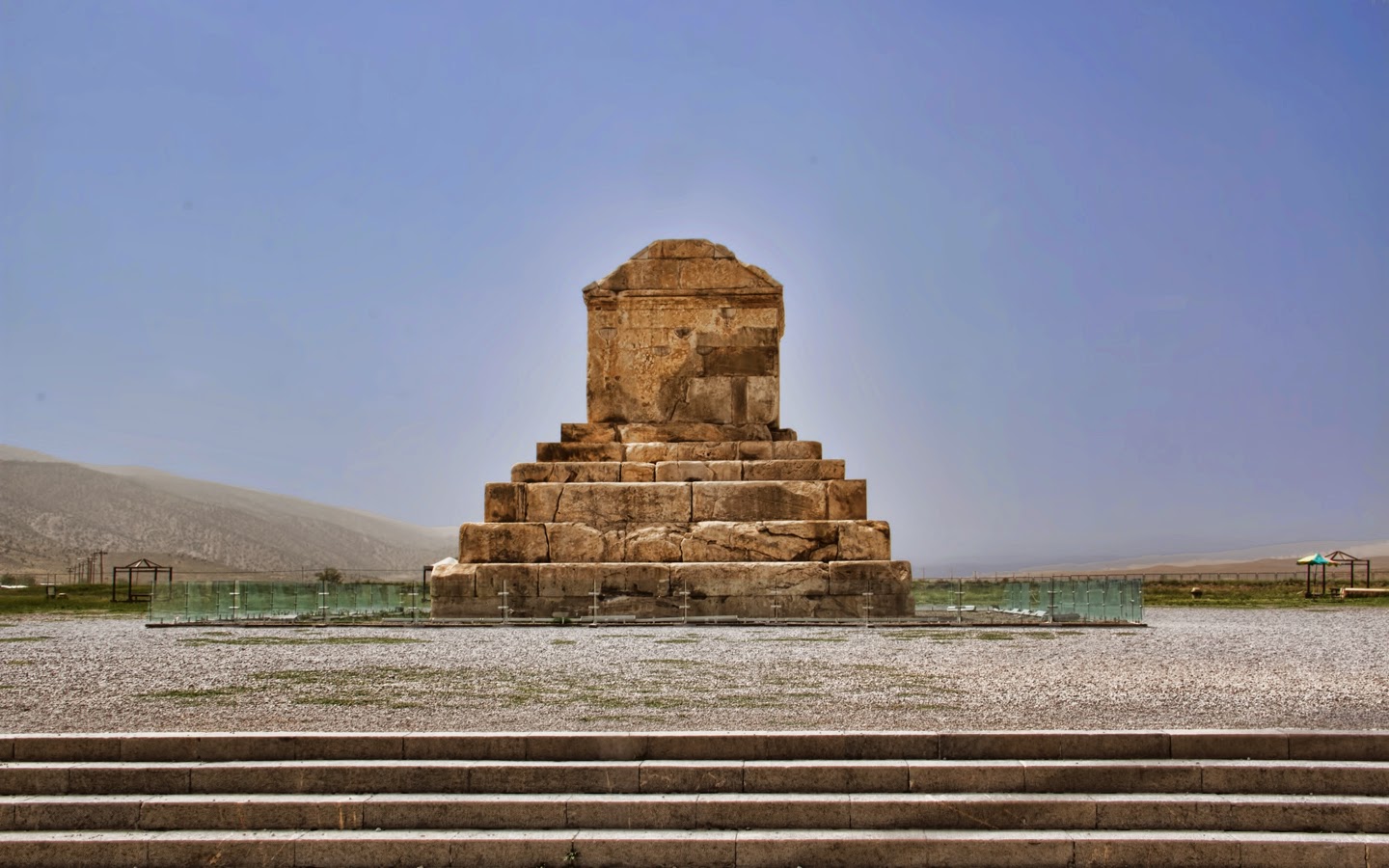 The tomb stands at the end of a road lined with stalls selling souvenirs, busts of Persian soldiers and emperors, postcards, jewelry. Except for the other ruins scattered nearby -- some broken columns, an ancient fortress --there's nothing for miles in any direction except fields of wheat, rolling hills and a few nomadic sheepherders.

So this small structure dominates the landscape in a way it might not have done originally, when it was surrounded by extensive gardens and lots of trees. It gave me chills.

Cyrus the Great built Pasargadae to be the capitol of his empire in the 6th century B.C., but it was still unfinished when he died in battle in 529 B.C. His son Cambyses moved the capitol to Susa, and Cambyses's successor Darius created Persepolis. So it's been effectively abandoned for millennia, but Cyrus's tomb somehow remained intact. (Even Alexander, who looted and burned Persepolis, left this tomb alone out of respect for Cyrus.)

It still commands respect, despite the dusty skies and tacky souvenirs.