Another kind of ruin 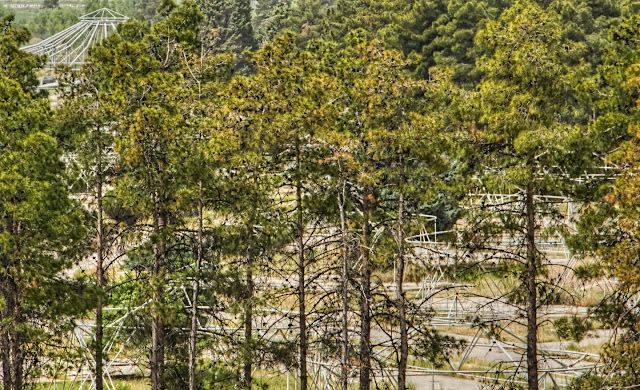 From the plateau, glimpses of another kind of ruin.

These tent poles (and the trees that surround them) were planted at Persepolis in 1971, for a grand celebration of the 2500th anniversary of the founding of the Persian Empire by Cyrus the Great. Kings and queens and presidents and prime ministers from around the world feasted on caviar and quail eggs and roast peacock stuffed with foie gras before retiring to the luxury apartments, complete with marble bathrooms, inside their “tents.”

It was a grand success on the international social calendar and a disaster domestically. Few Iranians were invited to the festivities, and there was widespread criticism of the enormous costs involved. Eight years later the shah was gone, and the tents have been rusting in the desert ever since.