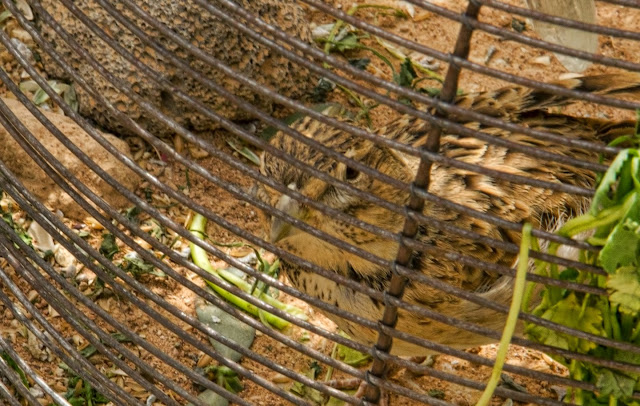 There were birds singing in the Eram Gardens this morning, beautiful music, but they were high up in the trees and I couldn't see them. Shiraz is called The city of roses and nightingales, so I wondered if they were in fact nightingales and hoped I'd get a chance to see them.

And I did -- dozens of them. In cages. A man sitting on a bench had two nightingales at his feet, and in the bazaar they were outside many of the shops. They still sang, such a sweet music over the noise of the traffic and the bustle of crowds in the bazaar. The song broke my heart, and it was already smashed flat by seeing them in captivity. 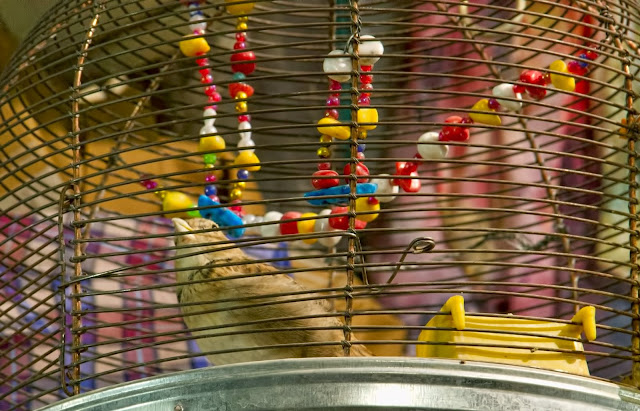 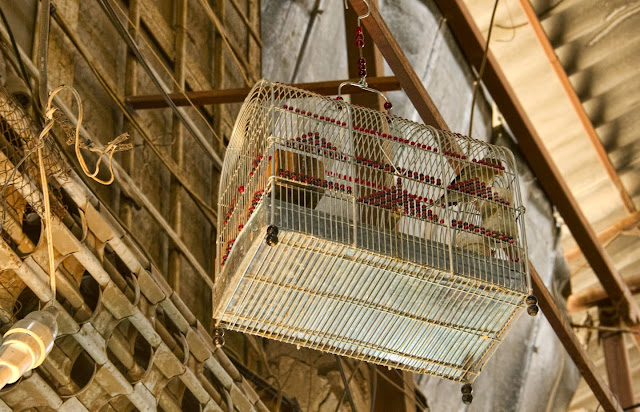