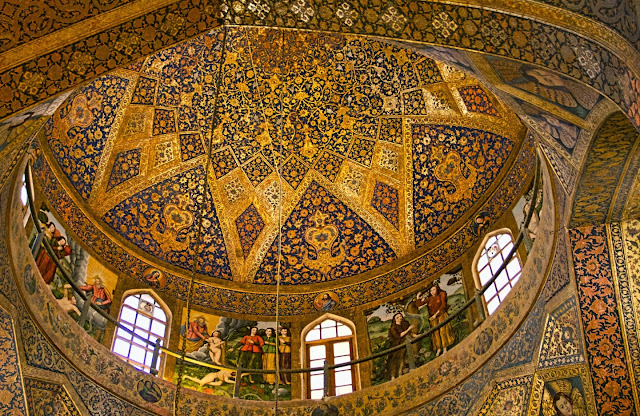 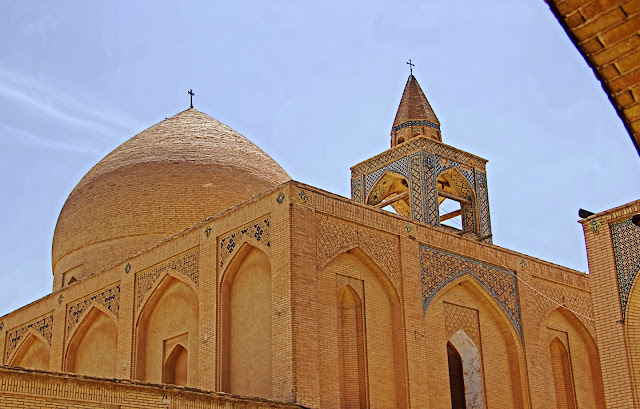 The Armenian quarter in Isfahan dates from the 16th century, when Shah Abbas persuaded a colony of Christians to relocate from northern Iran because he wanted access to their skills as craftsmen. There are still approximately 5000 Armenian Christians living here.

The church was built in the 1650's, and except for the crosses and the human figures painted inside, could almost be just another mosque. (Though the Shiites don't have the same strong feelings about portraiture that the Sunnis do -- the Qajars produced some beautiful portraits, and we've even seen depictions of Mohammed -- there are never any human or animal forms used in decorating mosques.)