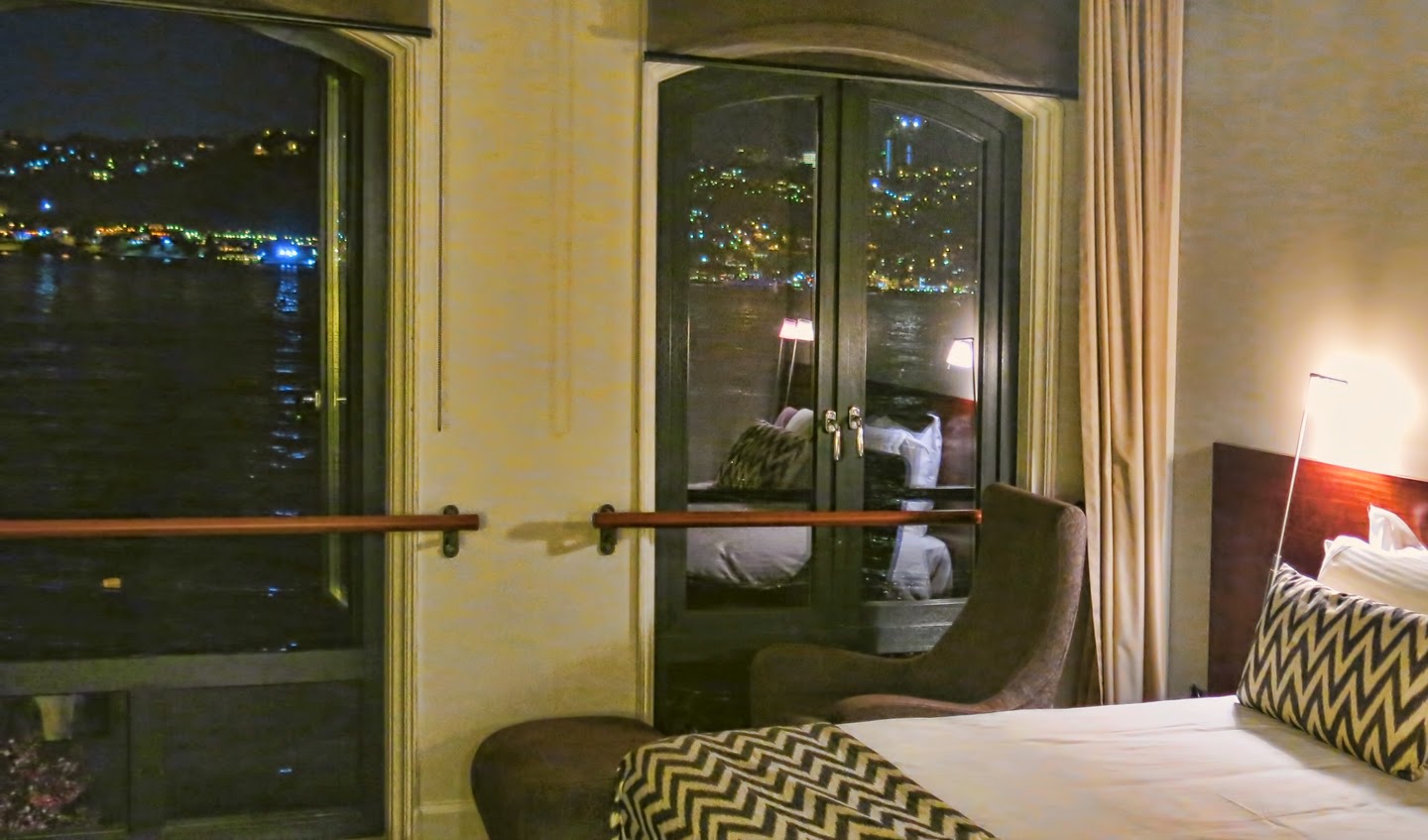 This is by any standard a lovely hotel room -- modern, comfortable, with a stunning view of the Bosphorus and the European hills of Istanbul -- but after more than 24 hours in transit, it looked like Paradise.

First there were hydraulic problems with the plane. Mechanics were called, they investigated, we backed away from the gate. Oops, not so fast, there was paperwork to sign off on, so back to the gate we went. We left a second time, only to return when the flight attendants in the back of the plane reported a strange noise. The mechanics were called back and after another half hour or so of people striding up and down the aisles with furrowed brows, we were cleared for takeoff again and taxied away one more time. This time there was definitely something wrong with the hydraulics, so back to the gate we went. After yet another delay, they announced that we'd be taking a different plane, so we all packed up and hiked to the other end of the terminal.

I'd been sitting on a plane for close to five hours at that point -- my emergency pack of peanut M&M's was long gone, and I'd watched most of Gone Girl -- and I'd yet to leave New Jersey. I do have to give credit to the United agents at the gate, who were calm and cheerful while rescheduling missed connections for dozens of grumpy passengers, while we waited and waited for the cleaning crew to finish up so we could finally board.

"Fourth time's the charm," the captain said as we left the gate, finally, for real. I made it to the new connection in Zurich with ten whole minutes to spare, and spent the Turkish Air flight to Istanbul in a kind of hallucinatory trance. Every time I closed my eyes I went into a crazy dreamland that was half reality and half random odds and ends spit out by my exhausted brain. The woman serving the meal was rather charmingly wearing a chef's outfit, complete with hat, and I kept thinking I was imagining her, only to open my eyes and find her at my elbow offering me coffee or a piece of Turkish delight.

I had more adventures when I finally landed in Istanbul -- the ride I'd arranged with the hotel and hastily rescheduled from Newark was nowhere to be found, and I ended up in a cab with a driver who spoke no English and had never heard of my hotel -- but even the bumpiest journey eventually ends and rarely with such a spectacular view.

The first thing I did was to throw open the windows. The second thing (okay the third thing since I also took pictures) was to peel off my clothes and crawl under the covers.