In which I do not tour the Bosphorus 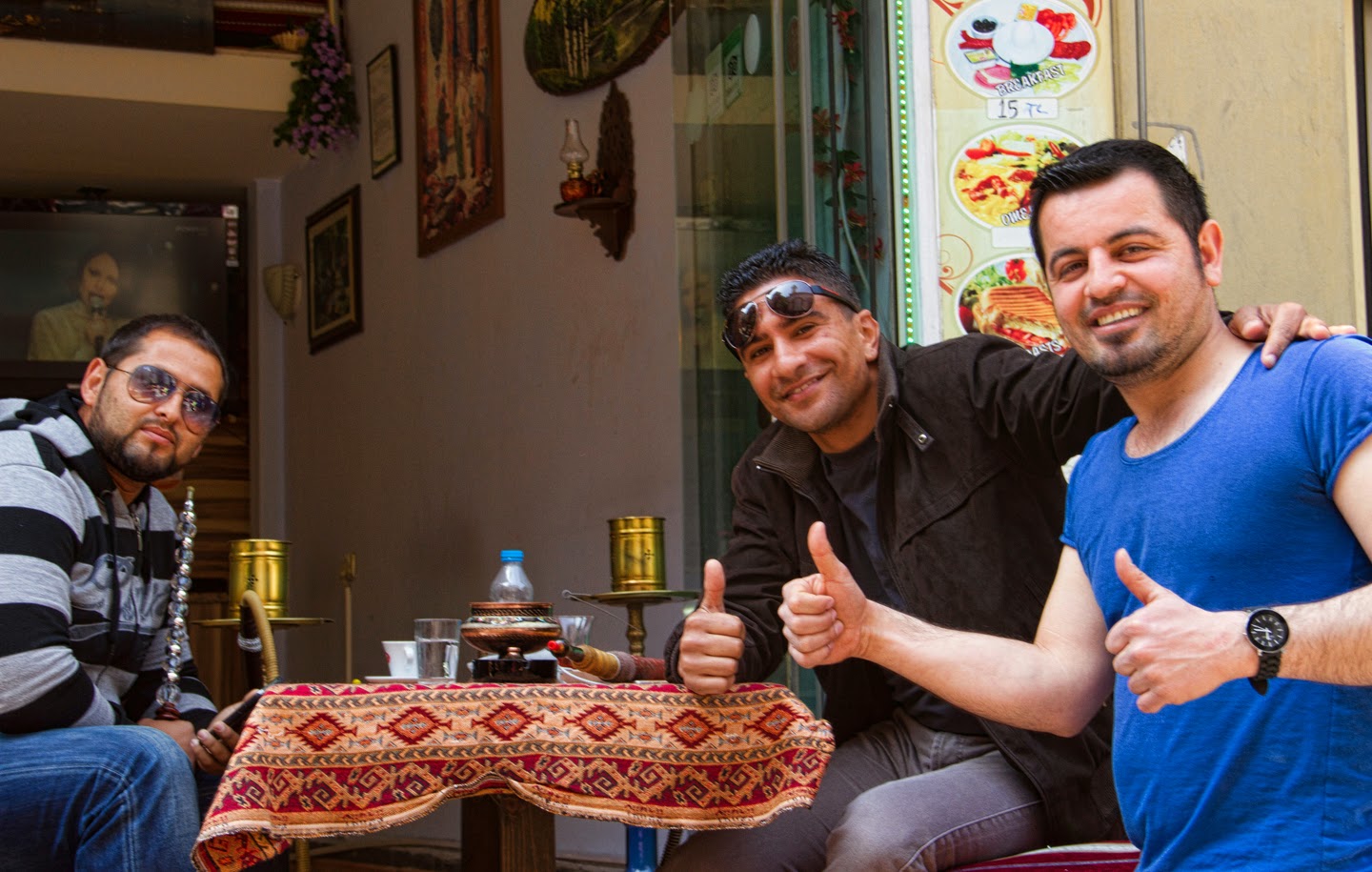 Instead I hung out in a cafe with these guys.

Because I'm staying in Asia, the tour company I'd booked with wouldn't do the usual hotel pickup. Instead, they told me to meet the group at the Yasmak Sultan Hotel at 1:15.

I got there about fifteen minutes early and stood in front of the hotel, and waited. And waited. And waited. Lots of vans and buses drove by, and a few of them stopped but none of them were from my tour company. But Istanbul traffic is horrendous, and I figured they were running late. The hotel isn't that large and there was a limited amount of sidewalk in front, so I knew I couldn't miss them.

At 1:45, I asked the concierge inside if he knew anything about this tour company. He had never heard of them, but looked up the number and called them for me. They kept him on hold for at least 15 minutes then finally said they'd call back. When they did, they put me on the phone with the man I'd spoken with that morning to confirm the tour. He said the driver couldn't find me and he was very very sorry but the group was already on the boat.

I suspected that “the driver couldn't find you” was Turkish for “I forgot to tell him to pick you up,” but I was so overwhelmed by the kindness of the hotel staff that I shrugged it off. I wasn't even a guest there, and I basically wandered in off the street speaking only English (I usually try to learn a little of the language anywhere I go, but I've been trying to convince my brain to retain basic phrases in Farsi, and couldn't manage to learn more than Hello and Thank you in Turkish at the same time) and they spent more than half an hour trying to help me. Next time I'm in Istanbul, I will definitely stay there. If I had children I would name them Yasmak and Sultan. 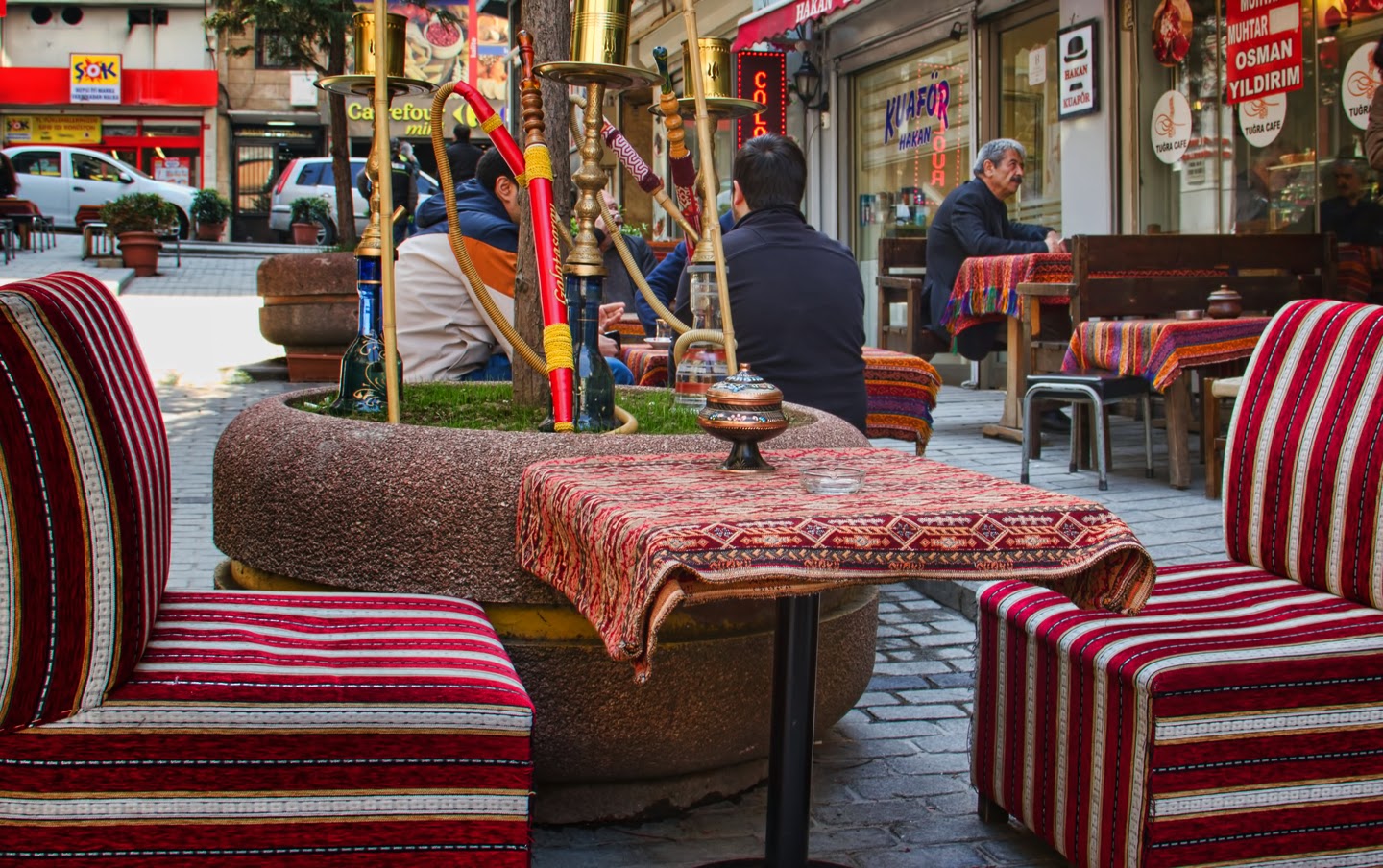 With an afternoon unexpectedly free, and jet lag starting to kick in, I was making my way back to Eminönü, when I noticed these very comfortable looking cafe chairs on a side street. The owner (in the blue t-shirt above) asked me if I wanted some tea, and suddenly I did, more than anything in the world.

I spent an hour or so drinking tea, and talking with the other customers -- a couple from Hamburg, two guys from Libya hoping to start a business in Istanbul -- then took a commuter ferry back to Asia, where I convinced another non-English speaking cab driver who had never heard of the hotel Sumahan to take me there.