I'm not being fresh, I just want you to buy a carpet 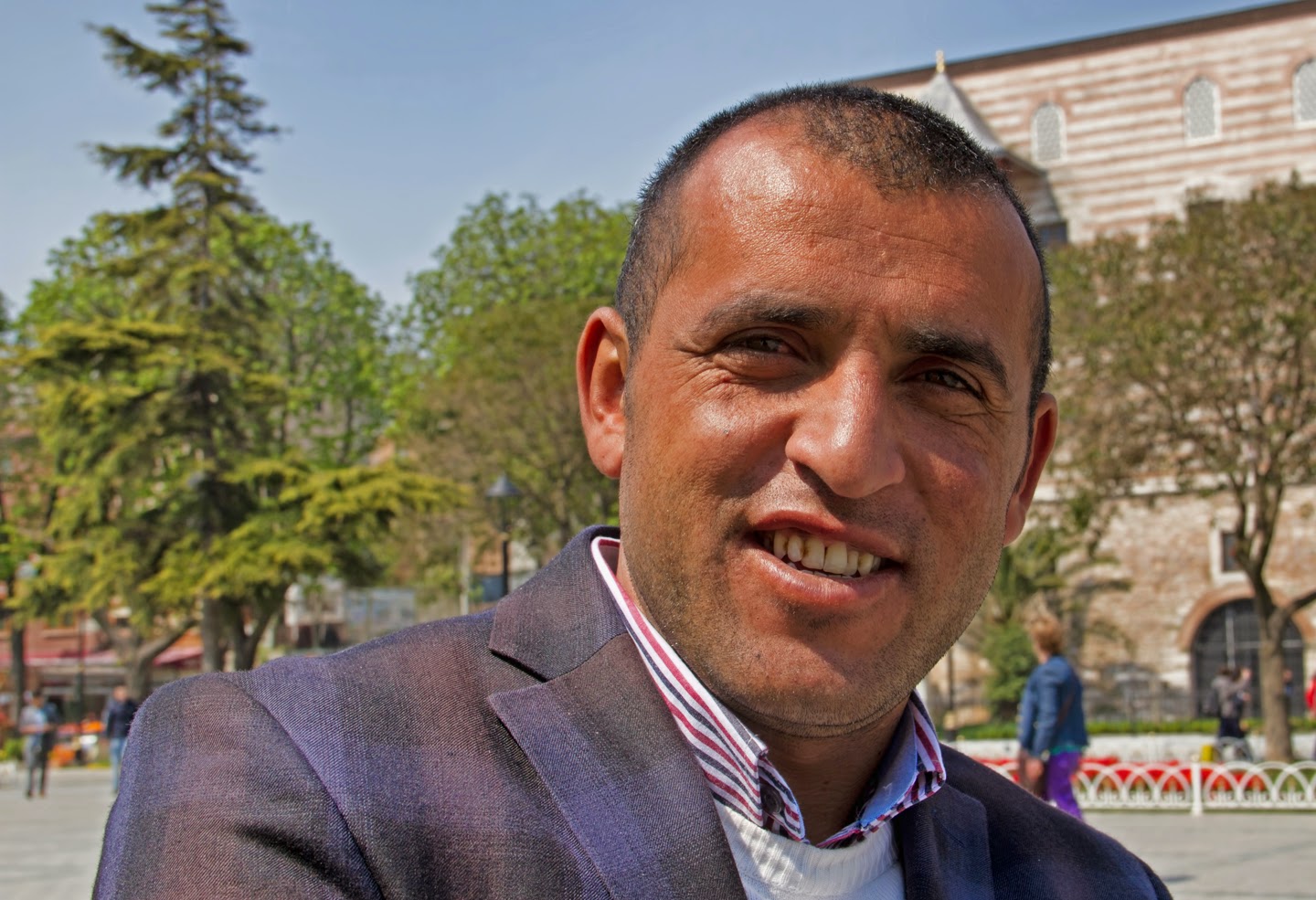 This is Genghis, who latched on to me by the Blue Mosque, using that line. He said that I broke his heart forever, because I refused to go back to his shop and check out his merchandise, even though he didn't expect me to buy anything and did he mention he could ship my carpet to New York so I wouldn't have to carry it?

I'm confident Genghis has fully recovered from his disappointment by now. I had been planning to do another tour today but decided I'd rather go to the Blue Mosque and Hagia Sophia on my own. Having to fend off the Genghises of the world is a small price to pay for setting your own schedule.
Posted by Kathleen at 7:05 PM