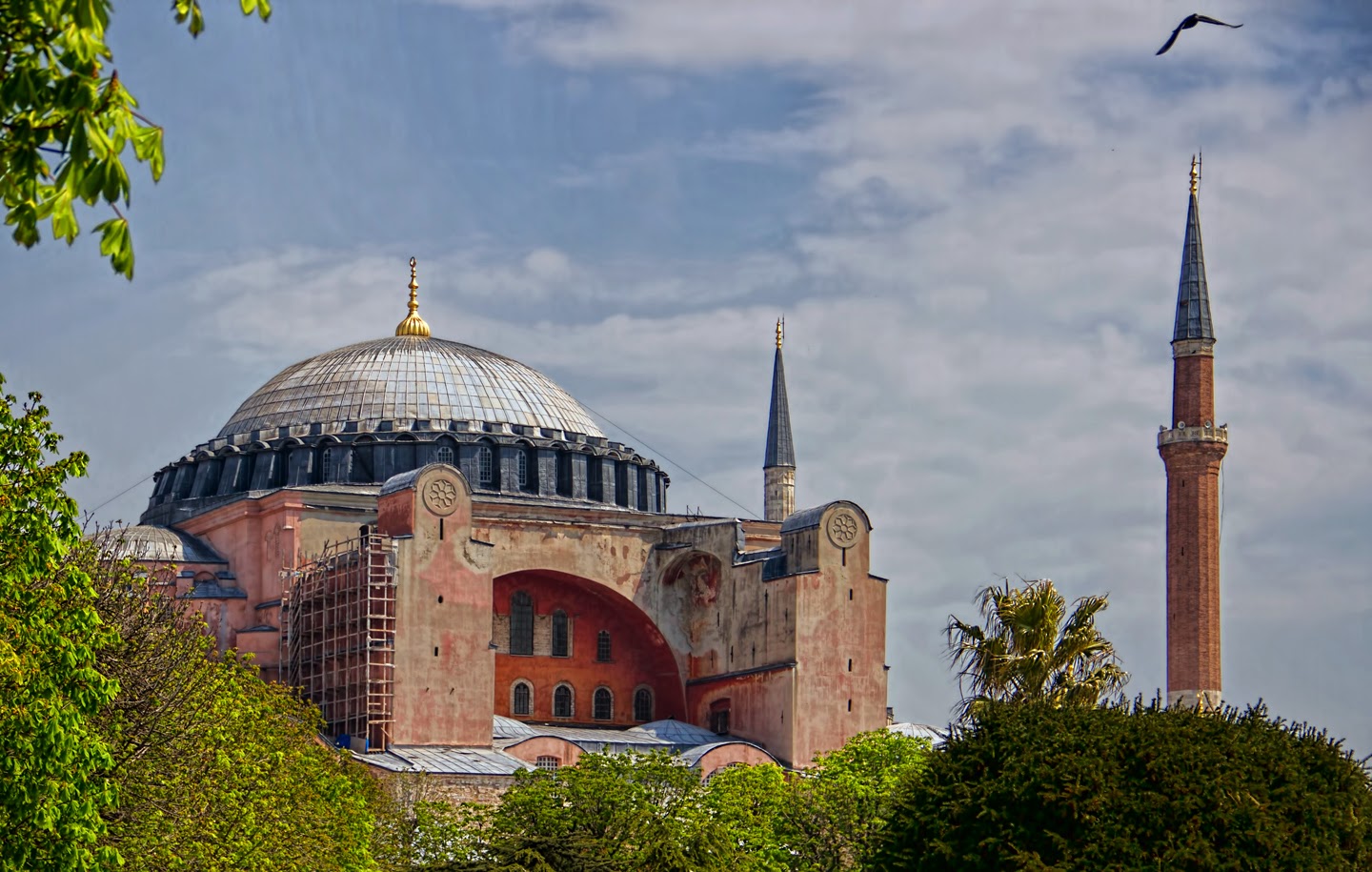 The Church of the Holy Wisdom was built on the site of two earlier churches by the Emperor Justinian, and completed in 537. The Ottomans converted it to a mosque in the 15th century, adding the minarets and fountains, and painting over the mosaics. It was secularized in the 1930's, and made into a museum. So it has survived almost 1500 years of fire, earthquakes, collapsing domes, and looting, not to mention changes of ownership, and makes the 17th century Blue Mosque across the park look like a teenager.

One disadvantage of not being with a tour group was that I had to wait in a long line to buy a ticket. It was warm standing in the sun and I took my jacket off (wondering what I'll do in Iran when removing my coat will not be an option…) The Turkish name is Aya Sofya, and I kept finding myself singing “Aya Sofya, Aya Sofya” to the tune of Hava Nagila, a juxtaposition that would probably not please either the Turks or the Israelis.