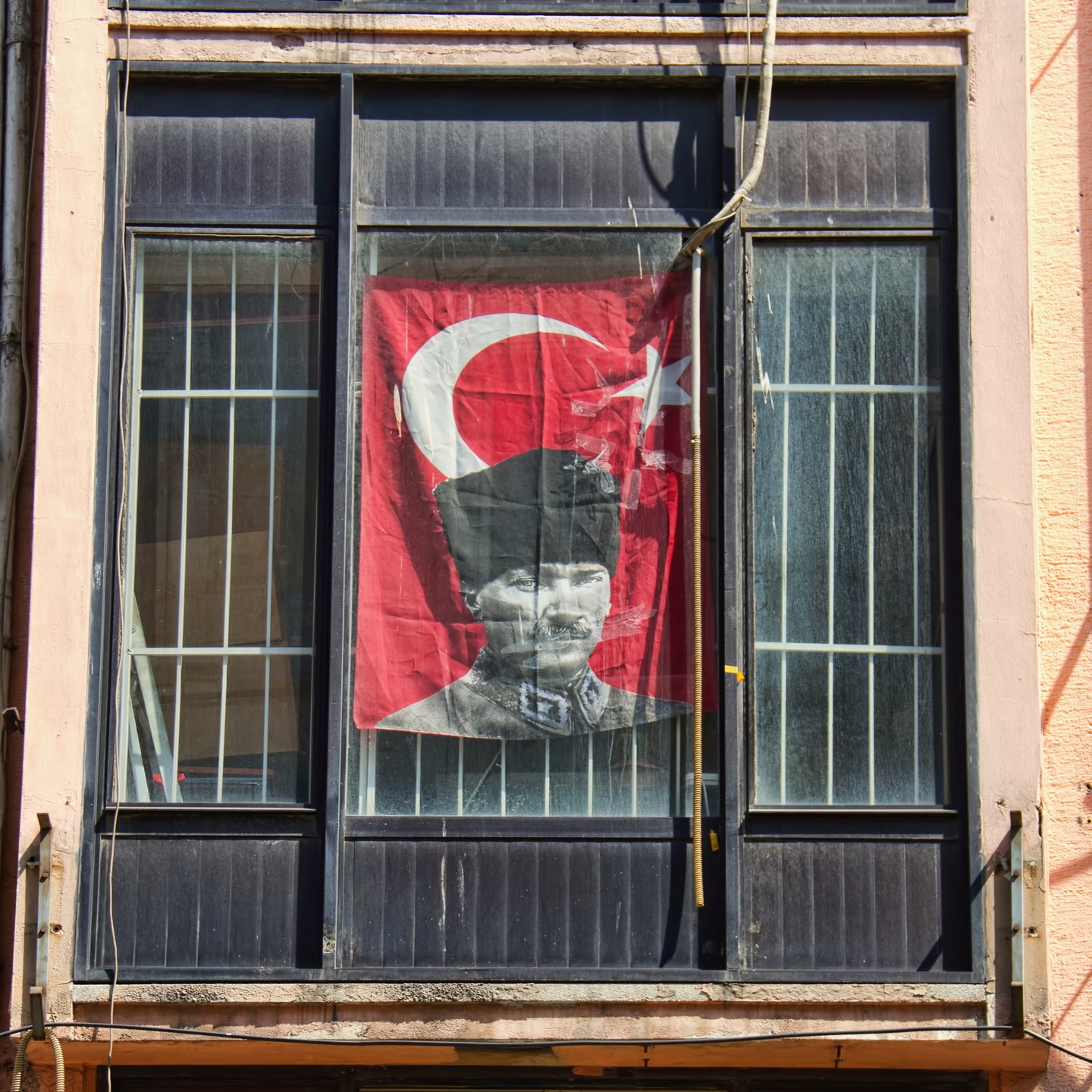 A banner hanging from a window in Eminönü shows Ataturk in full fierce Father of the Turkish Nation pose. He founded the modern Turkish state, abolishing the caliphate, and building a new government based on Western models. I've actually been thinking about him quite a bit since I've been here. There is beautiful Arabic-style calligraphy everywhere, but the writing isn't actually in Arabic; it's in Turkish. One of Ataturk's earliest reforms was to replace the old Ottoman script with Latin characters. Definitely easier for Westerners to read, and Turkish literacy rates started climbing immediately but ABC's don't lend themselves to loops and swirls of ornate embellishment the way the older script can.

He also banned the wearing of headscarves (and Fezzes for men) wanting Turkey to be a secular state. Women who wore headscarves were not allowed to work in government or hold public office, nor could they attend university. This has been hugely controversial, and the bans are slowly being dissolved. Young women want to wear headscarves and still study medicine or work for the government.

I was surprised by how many women do wear scarves; I'd guess it's roughly half. There are many woman, mostly older, wearing floor-length black robes along with matching head covering, but most women seem to wear flowery silk scarves.

We are so accustomed to think of hijab as oppression, but Turkish women are fighting to wear it, not fighting to get out of it. It will be interesting to hear what women think in Iran.