A closer look at a minaret 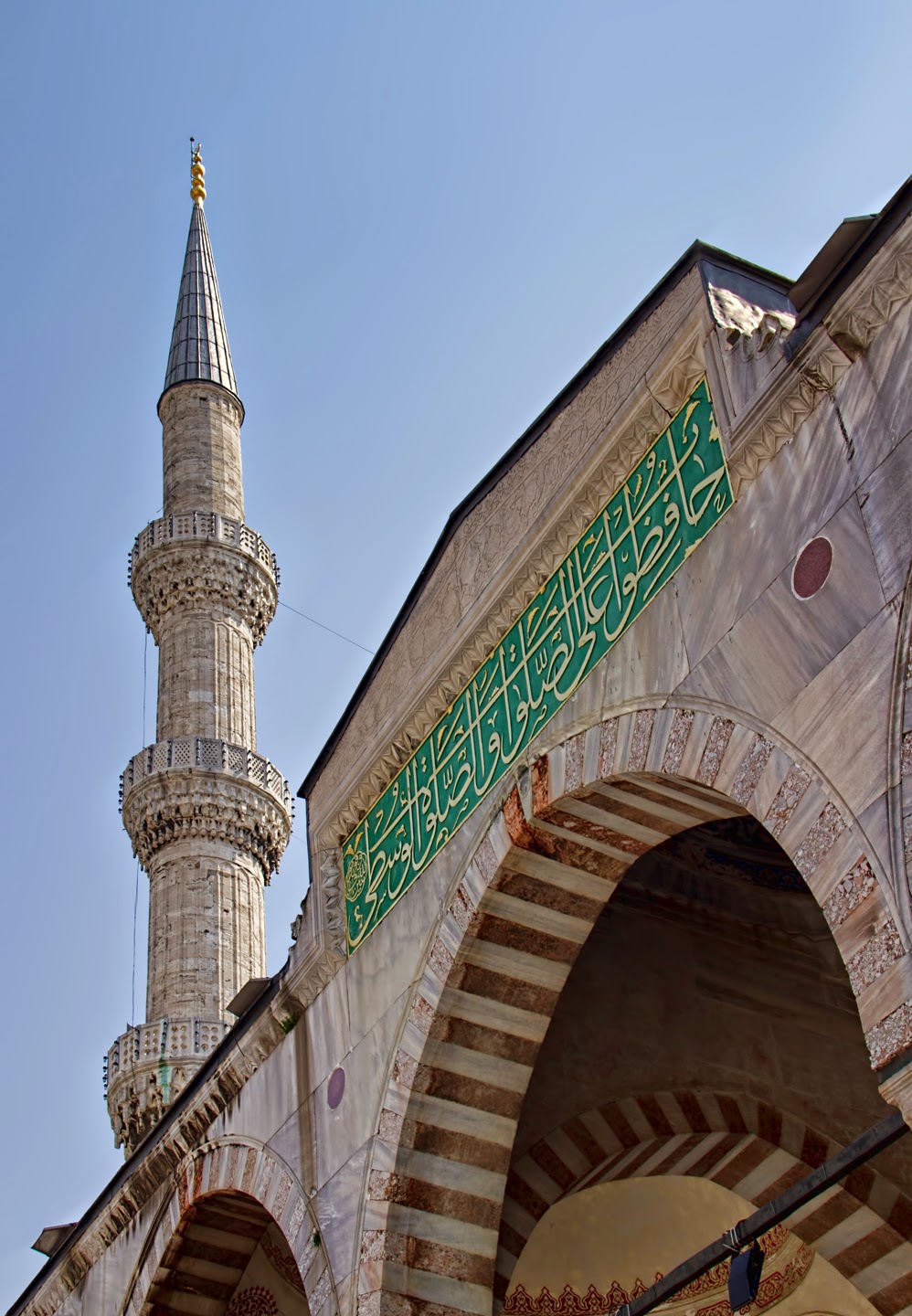 While most mosques in Istanbul have to get by with only one or two minarets, the Blue Mosque has six.

According to Wikipedia, the plan of having six minarets was originally considered presumptuous, since the mosque at the Ka'aba in Mecca also has six. The sultan resolved the controversy by arranging to have a seventh minaret installed in Mecca.
Posted by Kathleen at 7:35 PM