Today was spent in and around Puerto Ayora on Santa Cruz island, the largest town in the Galapagos, and for the first time it was suggested that we might want to spend some of our free time shopping. (More about that later.)

First we walked to the Charles Darwin Research Center, just outside of town. I think it was the first time I got to see some of the cactus and prickly pears up close, and realized just how unusually tall they are.

The reason is -- you guessed it -- evolution. At some point in the past, a prickly pear with a mutation to grow into a tall tree rather than a short bush landed in the Galapagos, and those plants had a big advantage over smaller ones because the reptiles couldn't eat them. (On islands with few reptiles, the prickly pears tend to be more like the bushes I'm used to.) 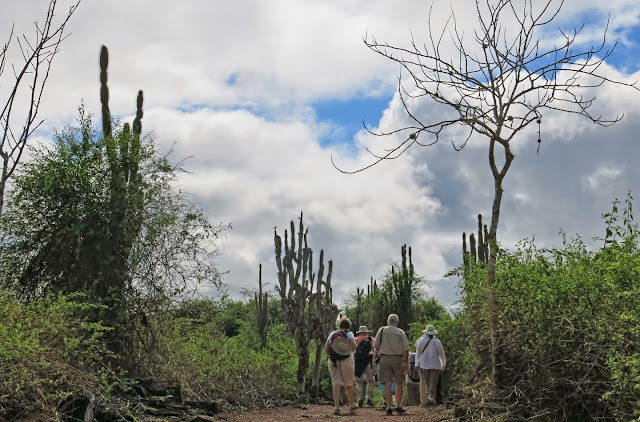