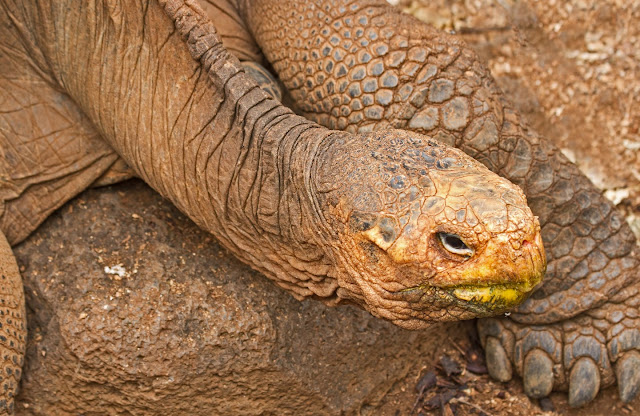 This cheerful fellow is Diego, the superstar stud of the Darwin Center.

He's an Espanola tortoise, who went to the San Diego zoo in the 1930's. He was returned to the Galapagos in 1977, when the few remaining Espanola tortoises had been removed to the Darwin Center for protection, and since then he's fathered more than 1700 children. His age is estimated to be around 130 years, so he's still late middle age for a giant tortoise and could have hundreds more children before he's done.
Posted by Kathleen at 5:40 PM