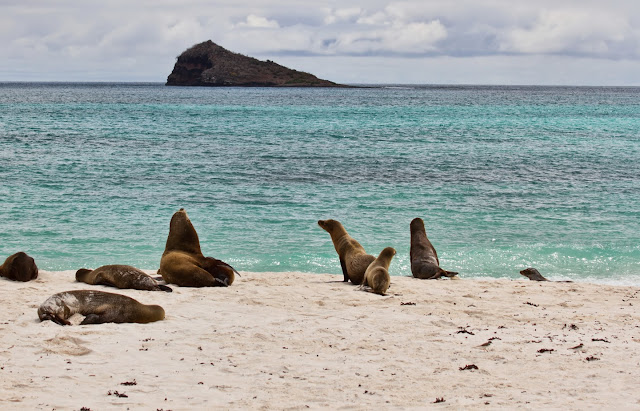 One of the questions that came up in our initial orientation was why we weren't visiting some of the more popular islands, like Isabela. Part of the strict controls that Ecuador enforces in the park is limiting the frequency with which any one island can be visited. So National Geographic/Lindblad has two different itineraries, one for the eastern islands and one for the western islands, and on this trip we're in the eastern islands.

Geologically, these islands are all relatively young, but the western islands are infants of only a few hundred thousand years, and still very active volcanically. The eastern islands are much older, and Espanola is one of the oldest, at 3 to 4 million years old.

The morning's expedition was to Gardner Bay, another white sand beach where we could move around relatively unsupervised. Most of the group was snorkeling at one end of the beach; I walked for a while in the other direction, looking at all the birds and sea lions and lizards. I sat for a while looking at these sea lions, and there wasn't another human in sight.

And because these islands are so pristine, so protected -- not a single piece of garbage in sight anywhere -- there was no sign that other humans had ever been there. I felt like Eve. 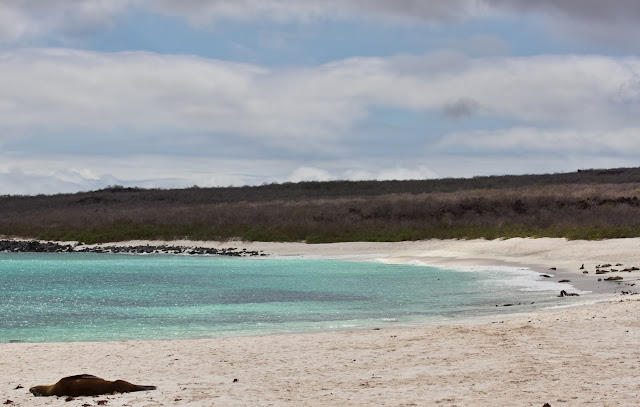 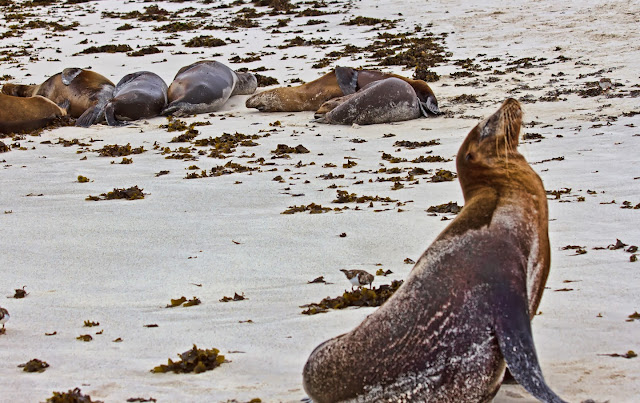