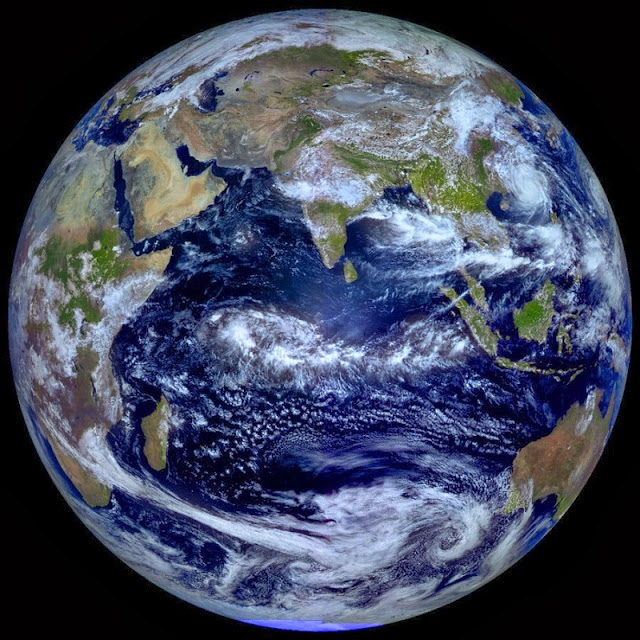 This is the last astronomy picture for a few weeks, as since I mentioned Sunday, I am leaving shortly for Ecuador, a country named for the Equator.

So here's an interesting equatorial photo of Earth, taken by the Russian satellite Elektro-L. The equator is highlighted by those long streaks of cloud, but the interesting thing about this picture is that the entire hemisphere is in daylight, including both poles. This only happens twice a year, at -- you guessed it -- the equinox, when the Earth's axis of rotation is momentarily neither pointing towards nor away from the sun.

I won't embed it, but there's an amazing animated gif of this picture, where you can actually see the sunlight behind the satellite casting reflections on the equator far below. Definitely worth clicking over to see.