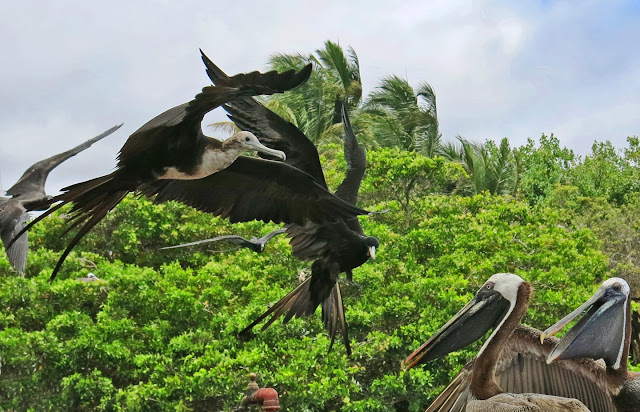 Then the frigatebirds swooped in for a visit, and for a few minutes the market was chaotic, a rush of wind and wing and feather. (By the time it occurred to me that video would be a much better way to record the scene, it was mostly over.)

There were probably only eight or ten of them in the battalion, but these birds are huge -- their wingspan can reach seven feet -- so when they circled around, flying under and through the open, low-roofed fish market, the thought that they would make fine, fine weapons did cross my mind.

They left as suddenly as they'd appeared, flying off or settling on the roof and nearby perches to plot their next attack. 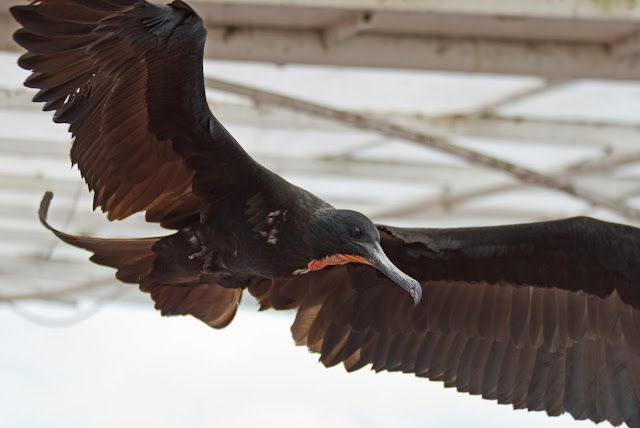