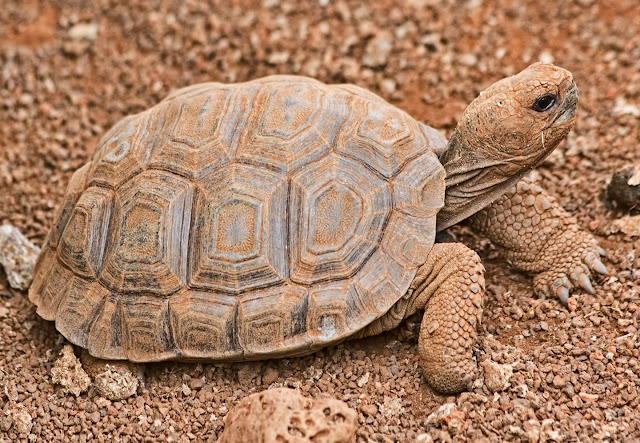 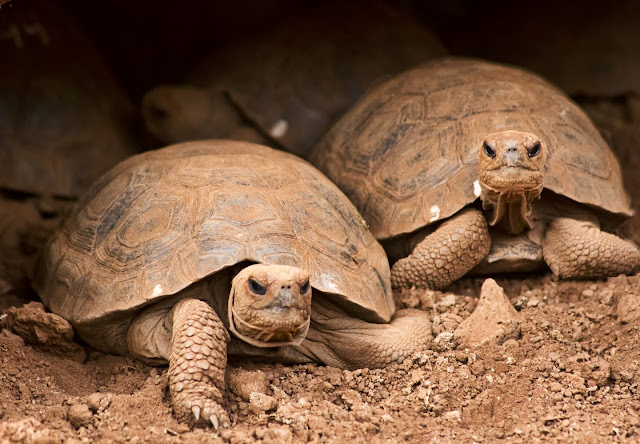 This was our first opportunity to see the famous giant tortoises of the Galapagos. (The islands are named for the tortoises; galapago is an old Spanish word meaning "saddle," which the shells of the highland species resemble.)

There's nothing in the picture for a sense of scale, so it's not obvious that although these tortoises are doing their best to appear very fierce and scary, they're actually babies, up to a couple of years old, and no more than a foot long, that are part of the captive breeding program at the Charles Darwin Center.

There are ten species of tortoise left. (Lonesome George, a tortoise who was the last member of an eleventh species, died last year without offspring, despite many attempts to breed him to females of closely related species.) Tortoises have a very long lifespan, so the tortoises bred at the Darwin Center live there for many years until they're big enough to be released in the wild.