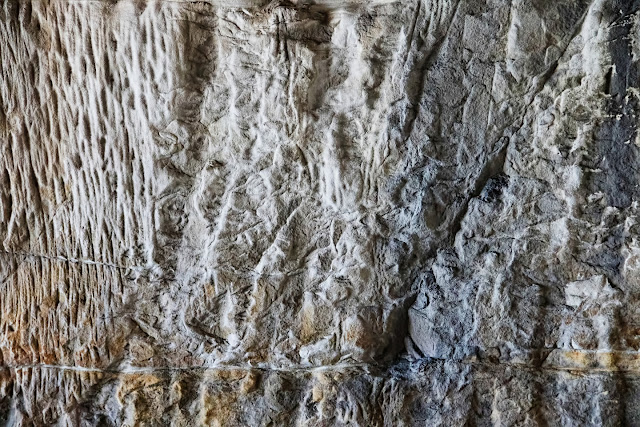 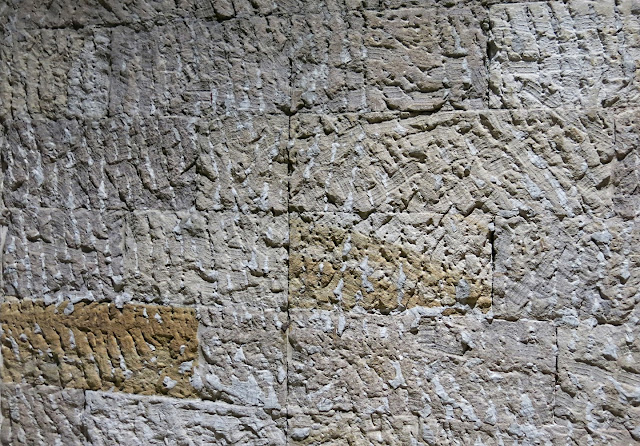 To ask what Australia would have been without convicts is existentially meaningless. They built it – if by “it” one means European material culture there – and their mute traces are everywhere: in the peckings and scoops of iron chisels on the sandstone cuttings of Sydney, hewn with such terrible effort by the work gangs; in the fine springing of one bridge at Berrima in New South Wales, and the earnest, slightly bizarre figures carved on the face of another at Ross in Tasmania; in the zigzags of the Blue Mountain road, where traffic now rolls above the long-buried, rusted chains of the dead….

The chisel marks are everywhere in the old parts of Sydney,  each stone a different pattern to identify the convict who cut it, so they could prove how hard they'd worked come the end of the day.