A few words about the Outback 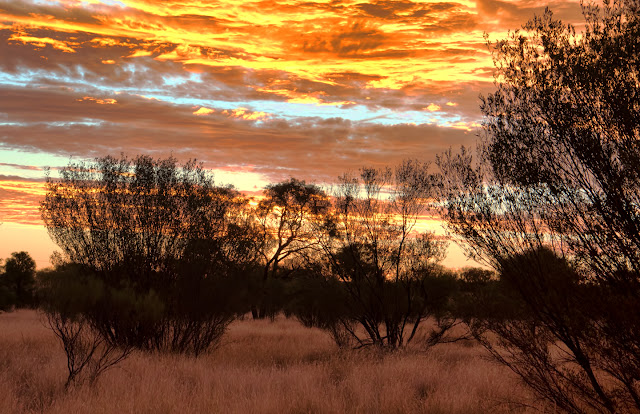 I really didn't expect to like the Outback. If I didn't quite dismiss it as the place you had to get through to visit Ayer's Rock, I still thought of it as a place that would most likely be interesting without being enjoyable.

It's a hard place. Even now, with summer over, it's very hot; the spectacularly awful flies require you to go around with your face draped in green netting like a nutty aunt at a family funeral; and after several years of more than usual rainfall it's still parched and mostly barren. Plus there are snakes.

But I love it here. There's something magical about the fields of buffel grass dotted with spiky acacias, including the wonderfully named witchetty bush, and the broken red sandstone of the ancient mountains. I could never live here, but I'm in awe of the tough, funny people who do.

This photo was taken at the Kangaroo Sanctuary just outside of town last night.