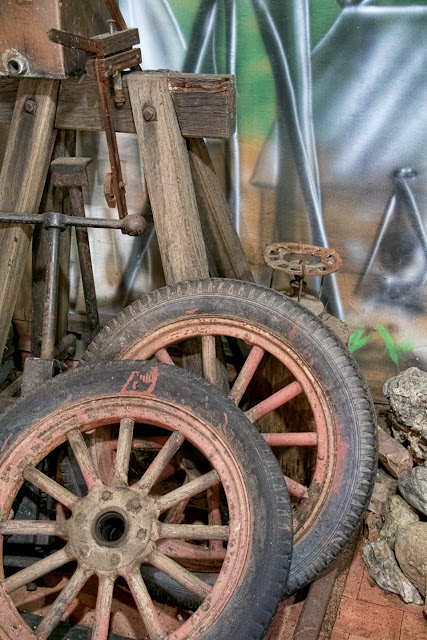 Today we took a train up into the mountains and learned a little about the history of Cairns. (It's pronounced Cans, because that’s how the governor it’s named after pronounced his name, and not because Australians have any obvious objections to acknowledging consonants. Occasionally, though, the consonants do get shoved aside by their apparent love of putting as many vowels as possible into a word. So they don’t really say Cans, they say Caaans. Our tour guide, Tricia, is from New Zealand, so her vowels are clipped and well-behaved -- she says Kens.)

When Captain Cook came across Cairns harbor in 1770, it was basically one giant mangrove swamp. He named it Trinity Bay, and, quite understandably, left immediately. The town wasn't founded until 1876, when the discovery of a large amount of gold in the interior made having a harbor worth clearing out all the mangroves. The rail line to Kuranda (rhymes with paaanda) was built to bring supplies to the miners, and involved 15 tunnels and 37 bridges to get up and over the mountains. I cannot even begin to imagine what an unpleasant task that was, digging out tunnels with pickaxes in the wilting heat; I sometimes find that blinking takes more energy than I can muster in this climate.
Posted by Kathleen at 7:00 PM