On the road again (again) 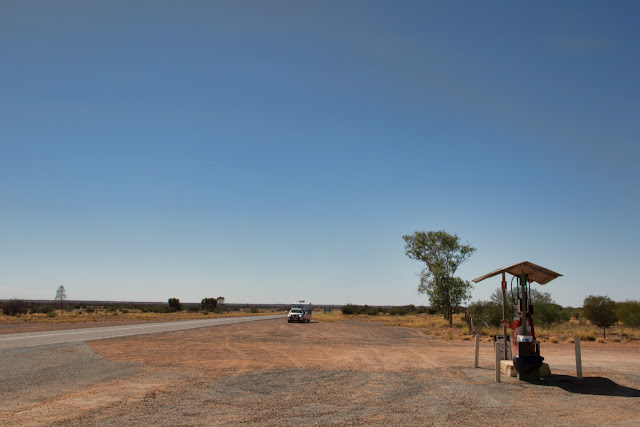 It's a four-hour drive from Alice Springs to Yulara aka Ayers Rock Resort. When Ayers Rock was returned to the aboriginal people and given back its traditional name of Uluru, the hotels for visitors were moved outside the national park and the town of Yulara, population 887, was born.

I took this picture at one of the few places to stop on the highway, a roadhouse with a bar and a jukebox playing country music that would fit in anywhere in the western United States -- except for the small gallery selling aboriginal art off in the back.

The red mountains around Alice gave way to red sand dunes and finally flat red desert. Part of the reason Uluru is so striking is because it is one of the few places for miles in every direction that isn't perfectly flat.