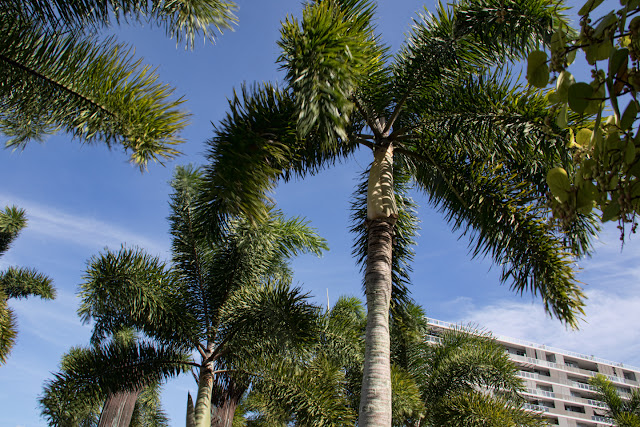 A three-hour flight north, and suddenly it's a different country.

If I had to describe the land around Melbourne in one word, it would be brown. My first glimpse of Australia was all clouds, tinged with pink sunrise, with odd dark shadows the color of smoke. As we descended, I realized that what I’d thought were shadows were actually glimpses of the land below, which appeared to be entirely brown. It reminded me a little of flying into Iran, except that Iran has mountains, and this country was flat. Brown and flat.

You can’t judge a country from 30,000 feet, but after a fifteen hour night, chasing the sun across the dark Pacific, it didn't appear especially welcoming. And when I flew out of Melbourne yesterday, in full daylight, I realized that my initial impression was entirely correct. The land was brown, overwhelmingly, unrelievedly, brown. Even where there were patches of green – fields, lawns – it was obvious that they were just veneer, and I could still see the essential ancient brownness of this place under and through them.

My seatmate closed the window shades so she could work on her laptop, and I didn't see anything until we were landing in Cairns. A different universe: mountains, thick greens, and the creamy blue of the sea beyond.

This is the tropics -- Cairns is at the same latitude as Tahiti and Fiji, and the trees are full of little green parrots that shriek like metal gears desperately in need of an oiling, and the thick hot air gives you the sensation that Mother Nature is trying to smother you with a wet pillow.

(The trees are called foxtail palms, for obvious reasons.)