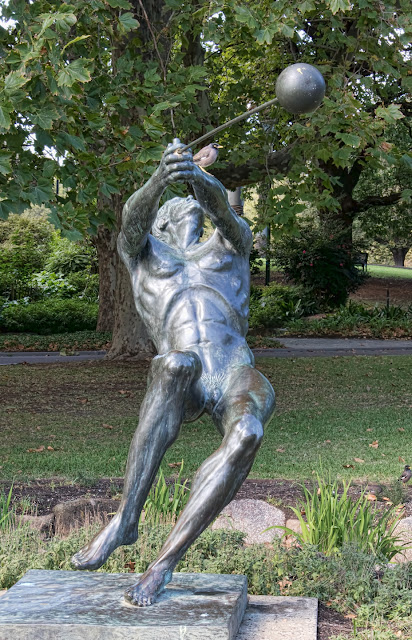 This statue was probably the second most disturbing thing in the botanical gardens, after the tree-climbing ducks.

It's called The Pathfinder, and Google tells me it was installed in 1974 and depicts an Olympic hammer thrower. I love the arc of the body, and appreciate the skill required to balance it on the toes of one foot, but the muscles look more like a Batman suit than a human, even a highly idealized one, to me.

The myna sitting on his arm is a nice touch though.
Posted by Kathleen at 7:50 PM