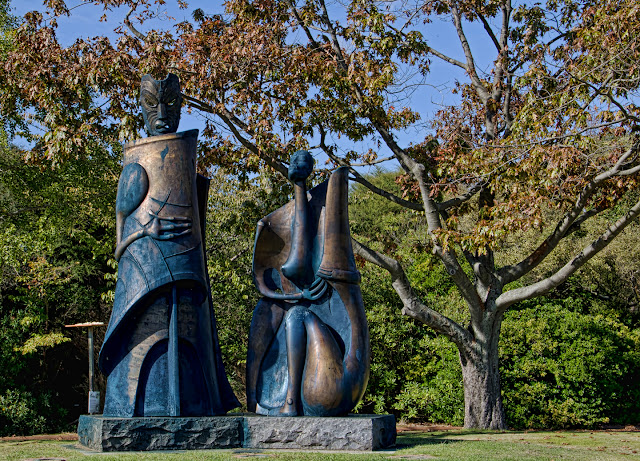 Demonstrating yet again that there's a large portion of my brain in which jingles, television theme songs and 70's pop anthems that no one ever wants to hear again, including the original artists, take up space that might be profitably devoted to things that actually matter, I have not been able to stop singing the Roto-Rooter song ever since we flew to Rotorua (on the north island) yesterday evening.

This sculpture, by Lyonel Grant, is called Waitukei, and represents the melding of Maori and European culture.
Posted by Kathleen at 9:00 PM