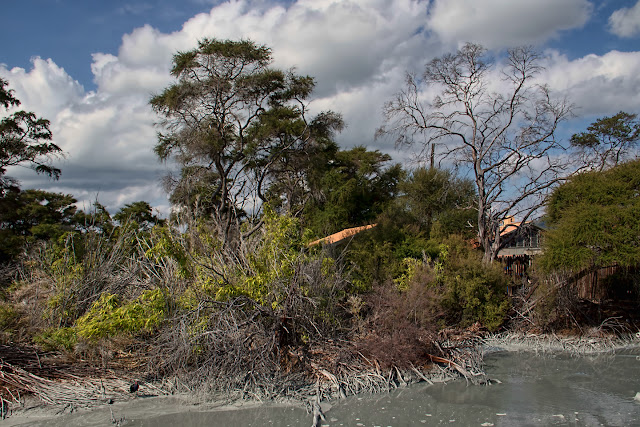 Earthquakes, volcanoes, and now geothermal springs: New Zealand is a tempermental teenager in geologic terms, at least compared to the ancient calm of Australia.

In Rotorua, they don't use the springs to heat houses anymore, but the heat still radiates from the ground. My hotel room became uncomfortably stuffy within minutes after turning off the air conditioning. And there are sickly-looking, sulfurous pools of thick bubbles in unexpected places -- behind a fence, next to a path in a park. 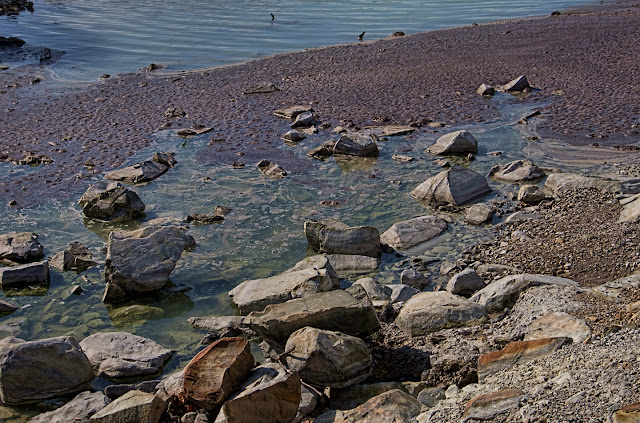 Even on the shores of the otherwise pristine lake.

In a movie, this would be the first sign that something disastrous was about to happen, but in real life they just build a luxury spa on top of the boiling mud and charge you a lot of money to sit in it.
Posted by Kathleen at 9:28 PM