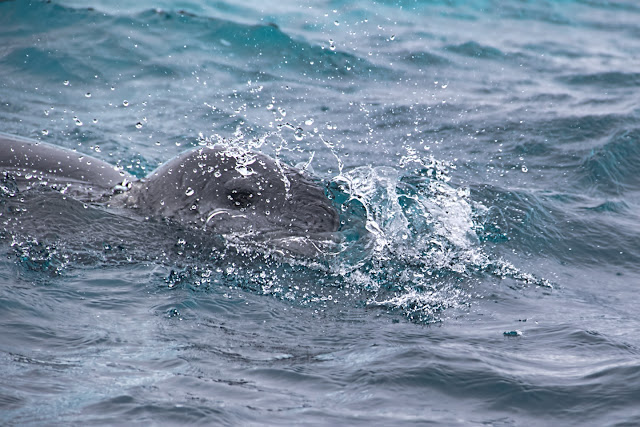 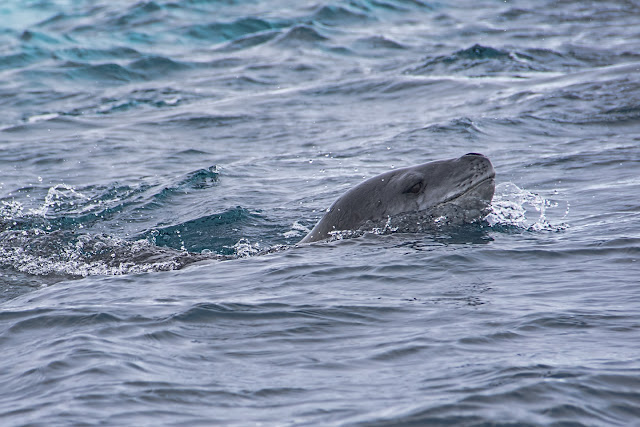 This deceptively sweet-looking face belongs to a leopard seal, which is most definitely not a sweet animal. They're fierce predators, the only seals that feed on warm-blooded animals, including other seals. And unlike other seals, which are usually seen in groups, leopards are almost always alone.

They've been known to attack zodiacs, but this one, which we saw in the water off Pleneau Island known as Iceberg Alley, seemed to want to play. He circled two of our zodiacs for several minutes, and at one point swam directly underneath me.

I'm still picking out random pictures because I'm feeling a little random. I'm back in New York, but living in another hotel for at least a few days. I got to my apartment early yesterday morning after an uneventful flight from Santiago, and found that the electricity in my bedroom wasn't working, so I had no cable or wifi. The contractor working on my kitchen had found more trouble with my wiring while I was gone, and it's not scheduled to be fixed until Wednesday. Since the bedroom closet is also unfinished and there's nowhere to put the piles of books and clothes and miscellaneous junk taking up every square foot of space that's not my bed, I was quite willing to declare the whole place uninhabitable and get a hotel room.

So I feel as though I'm camping out, not really home. I go back to work tomorrow, and that will ground me quickly enough.