King of the icebergs 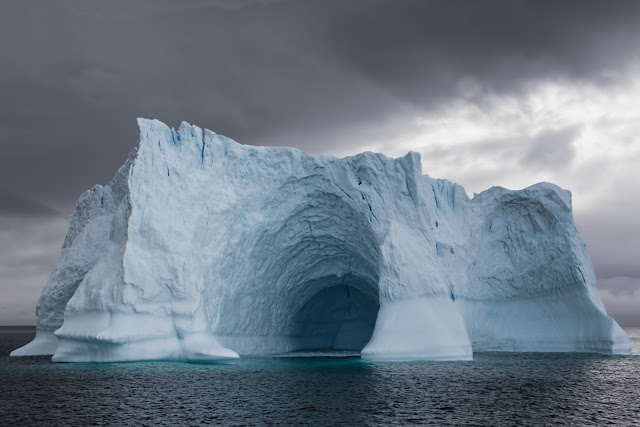 This was definitely the largest, if not the most spectacular, iceberg we saw, in Cierva Cove.

We circled it, from a safe distance, in a zodiac. Later, when we were all back on the ship, the captain made an announcement (the only time during the trip we heard from him, except for a brief speech at the farewell dinner) that we would be passing a large iceberg on the port side and photographers might want to be ready.

So we were. As usual, you can't really judge the scale by a picture, but it was taller than our ship.