Why there is so much pink snow on Cuverville Island 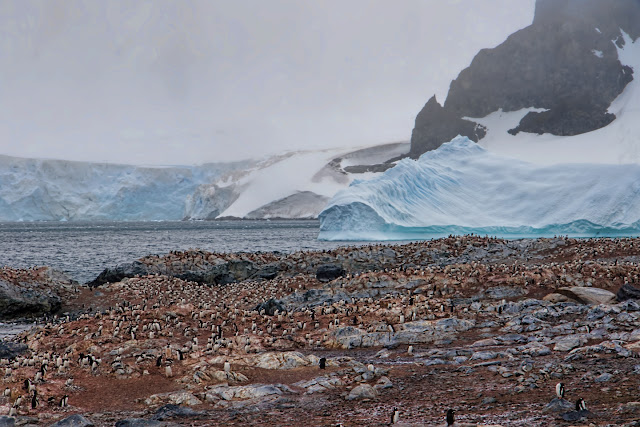 The answer, not surprisingly, is because there are so many penguins, almost all of them Gentoos.

The expedition team went ashore before every landing to mark off the paths where it was safe for us to go -- safe for the wildlife, as well as safe for us. There were at least three enormous colonies that I could see from the beach where we landed, though we were able to get close to only one of them. One of the scientists who was working from our ship was focused on counting penguin populations, and he spent hours going through the colonies with a clicker. I'm not sure how many Gentoos he counted on Cuverville, but I would guess it was enough to color a large percentage of the Antarctic shocking pink.
Posted by Kathleen at 9:11 PM