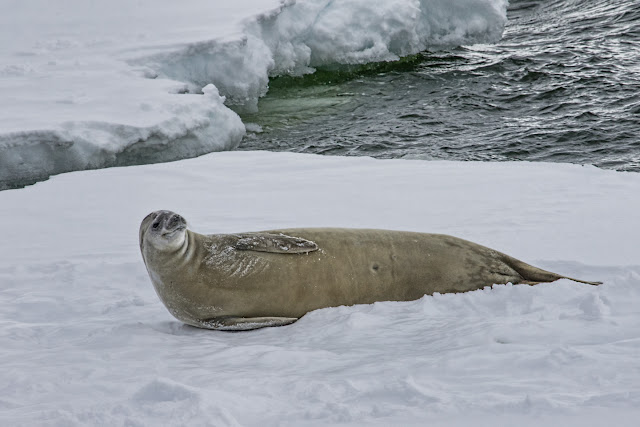 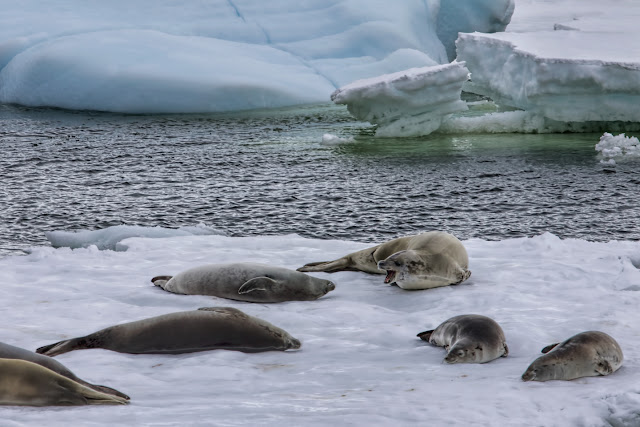 But crabeaters are also by far the most abundant seal species in the Antarctic, and since they love to lounge around on icebergs and floes, they're easy to spot. If you see them up close, most crabeaters that have survived to adulthood also have visible scars from leopard seal attacks when they were pups.