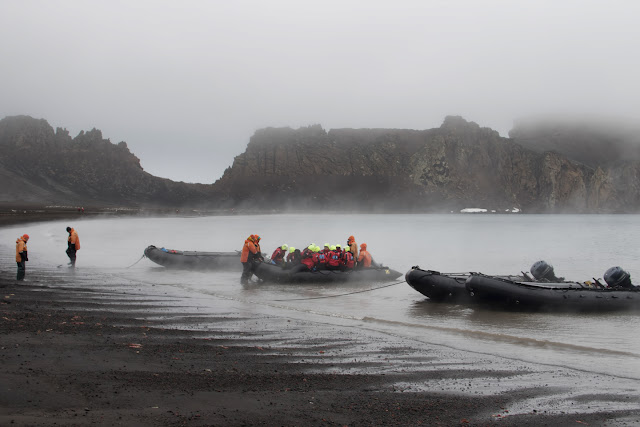 This is an appropriate picture for a location that sounds like the title of a made for TV movie involving a group of ridiculously attractive, incredibly stupid young people who insist on going outside alone in their nightwear when there is a serial killer in the vicinity.

Some of the most interesting places we visited were the ones where humans have attempted to inhabit an unforgiving continent, most of them now abandoned. Deception Island is an active volcano, and this is the zodiac landing in Whalers Bay, which is the caldera. The ruins of the old whaling station there (destroyed, no surprise, by multiple volcanic eruptions) are bathed in an eerie fog caused by the hot sand hitting the cold water.