The story of Steve 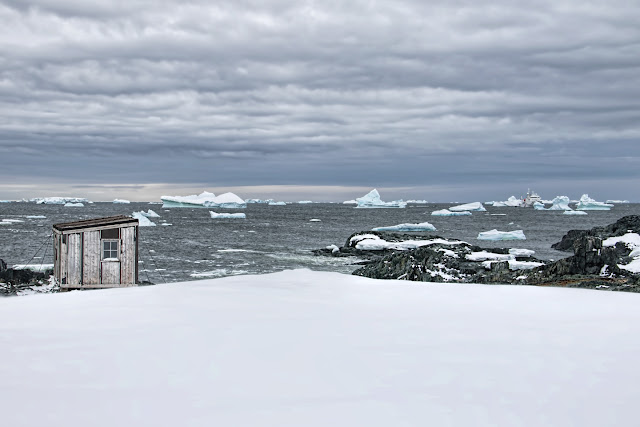 During the evacuation in 1959, as the sled dogs were being loaded onto the relief ship, one of them, Steve, got loose and ran back towards Detaille Island. They were running out of time to be able to get out through the ice so they had no choice but to let him go.

Maybe Steve was worried there would be insufficient oatmeal and mayonnaise on board the Biscoe, or maybe he didn't want to leave Joan Collins behind. He apparently got tired of being on his own, though, because three months later he turned up, alive and healthy, at a base on Horseshoe Island, 100 kilometers to the south of Detaille.

(You can see our ship hiding among the icebergs to the right in this picture.)