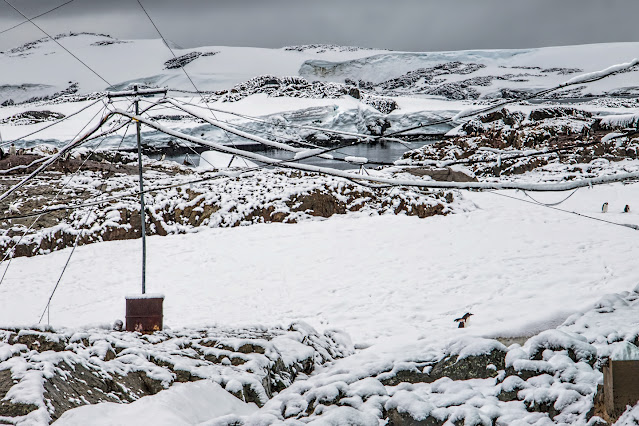 These are some of my favorite pictures -- the combination of manmade structures with snow and penguins adds some variety to the endless parade of icebergs, beautiful as they are.

This was originally another British base (F, at first, and then Faraday after the scientist.) Antarctic environmental regulations are much stricter than they used to be and abandoning bases once you don't want them anymore is no longer allowed, so instead of tearing the base down and removing every piece, it was sold to Ukraine for one British pound.

In addition to their scientific research, the Ukrainians welcome tourists. They have a thriving business stamping passports, mailing postcards, selling souvenirs, and making their own vodka, which you can sample at the southernmost bar in the world.