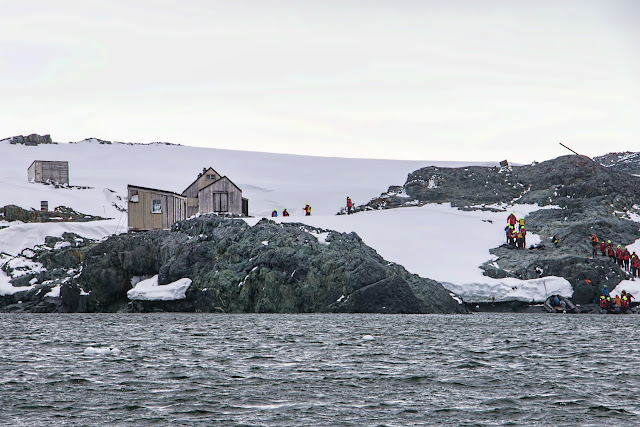 The British established Base W on Detaille Island in 1956, intending to use it to launch dog-sledding expeditions across the ice to the Antarctic Peninsula, and conduct geologic and meteorologic research.

The problem was the ice. It wasn't stable enough to allow the planned crossings to the Peninsula, but there was too much of it to allow the station to be maintained. In early 1959, ice prevented the relief ship from getting closer than 50 kilometers away, despite the assistance of two icebreakers. So the station had to be abandoned, with the men leaving behind almost everything and using dogsleds to reach the ship.

They left in a hurry and everything has remained mostly untouched -- cans of food rusting on the shelves, magazines scattered over a table, long johns hung up to dry. It's eerie.