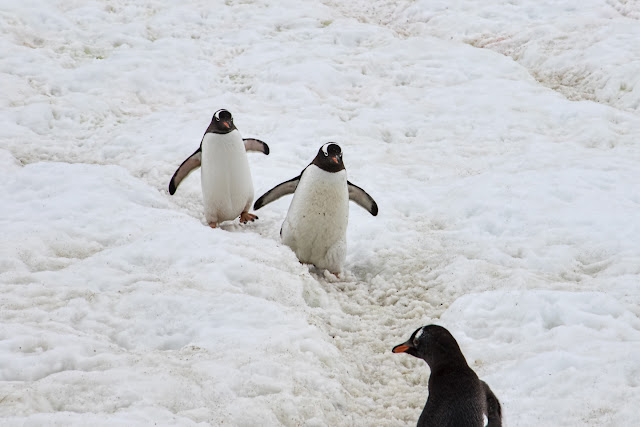 These furrows in the snow are penguin highways. It's easier for humans to walk if the snow is packed down, and that's apparently true for penguins as well. We were told not to get between any animal and the water, and not to stand on penguin highways. If the penguin gets distressed because you're in his way, and he has to go around you, he's going to burn unnecessary calories when he may really need to get into the water and grab something to eat.

On Cuverville Island, the path to the colony we could observe was through the snow, and by the time I walked back, all of the human traffic going back and forth had created a nice firm path. Which was now full of penguins, who saw no reason not to use the new highway just because it had been created by the funny tall creatures in the red jackets.