A change in the weather is known to be extreme 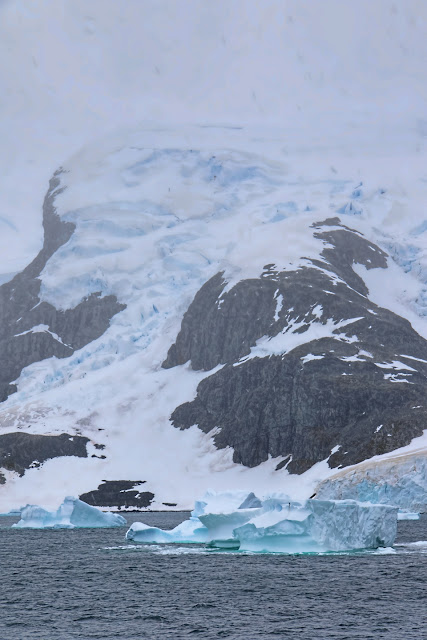 If the weather in Antarctica was often more mild than you would expect -- I frequently went out on the ship's deck in just a fleece sweater and was perfectly comfortable -- it also could and did change in a matter of minutes.

On Cuverville Island, we had the option of going for a zodiac ride to look at the icebergs in the bay before heading back to the ship. While I was waiting for the next boat, I noticed that the wind had picked up and it was starting to snow. By the time the zodiac arrived, the scenic cruises were cancelled and we were all being taken back to the ship, where the now giant waves made getting out of the zodiac and onto the walkway steps even more challenging than usual. And just twenty minutes earlier it had been calm enough to make going for a ride on the water sound like fun.