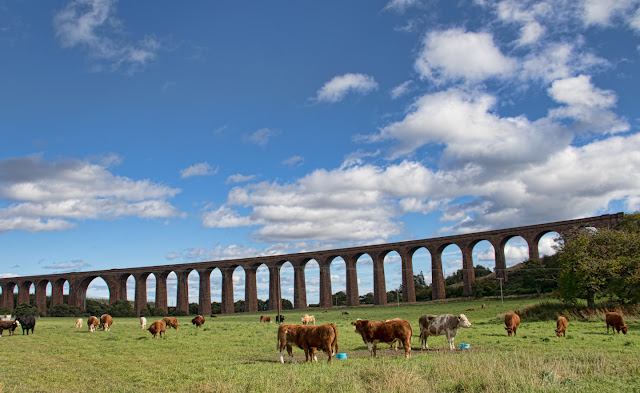 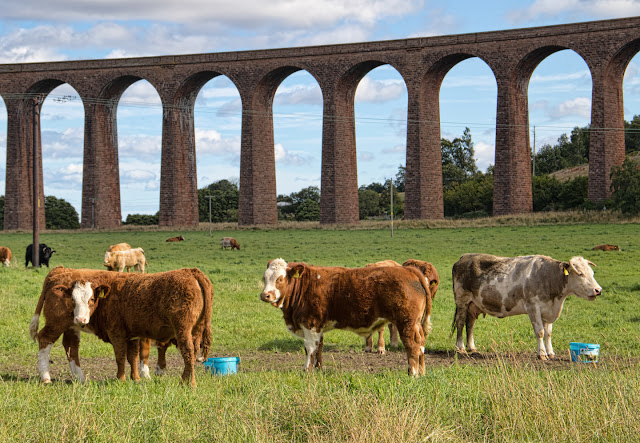 To be fair, they may have just been wondering how Mairi over there managed to grow her head out of  her shoulder. (These aren't particularly hairy cows, but it's still sometimes hard to tell where one ends and the next one begins -- those two cows merge together so perfectly I had to enlarge the picture several times to figure out what I was looking at. Click to enlarge and you'll see what I mean.)

I hate to cast aspersions on any creature, but I'm fairly certain that Flora, over there on the other end, has never wondered much about anything. Even for a cow, she doesn't look all that bright.