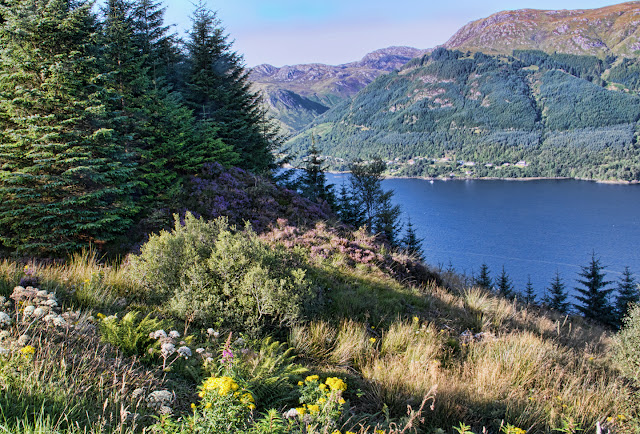 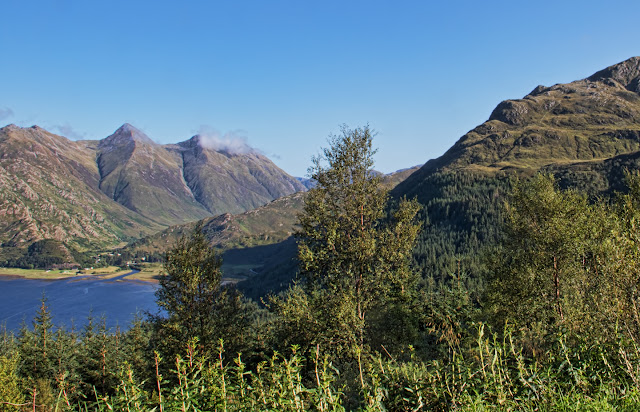 Three of the mountains called the Five Sisters of Kintail can be seen in the background of the picture on the right. They're some of the many so-called Munros -- Scottish mountains over 3000 feet tall. There are almost 300 full Munros and almost as many so-called subsidiaries, and thousands of people have climbed every single one of them, an accomplishment known as “bagging the Munros.”